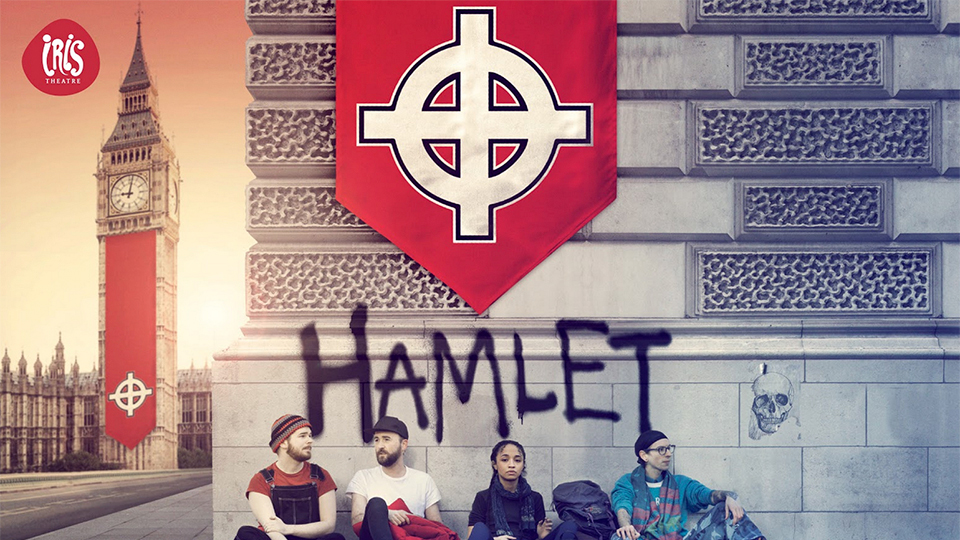 Iris Theatre will be staging productions of Hamlet and The Hunchback of Notre Dame for its 10 year anniversary this summer.

The company launched its first summer season in 2009 with an acclaimed outdoor promenade production of Romeo & Juliet. Since then they have produced 16 shows in the grounds of St Paul’s Church, Covent Garden.

They have also been nominated for 11 Off West End awards and won the award for Best Production for Young People for Treasure Island.

The 2019 anniversary season will open with Hamlet (19th June – 27th July) and close with the World Premiere of a new family friendly The Hunchback of Notre Dame (1st August – 1st September).

Hamlet is back from university; back home to a restless little island hanging on to the edge of Europe. Everything has changed; his country is in crisis; his father murdered; and his uncle, a right-wing strongman, has seized power. Amidst all the chaos, his mother has committed the ultimate betrayal. And now a masked figure has been seen, stalking the shadows. There is whisper of a resistance, gathering in the dark.

As paranoia and rumour swirl around this fractured state, the truth is becoming ever more distant and unknowable.To be or not to be, that is the question – but can Hamlet find the answer before his own doubts and fears eat him alive? This modern promenade production places Shakespeare’s greatest tragedy within a contemporary context to illuminate both the play and our own relationship with its timeless themes.

This production has been firmly relocated to our own divided little island. In the near future our country is fragmented and broken; a disunited kingdom. Amid the rubble of the old politics a popular sovereign rose to power, King Hamlet, promising a return to England’s golden age. But now the king is dead, murdered, and in the ensuing bloodbath his brother has seized the throne.

In the age of paranoia, conspiracy theories thrive. Our post-truth world is turning its back on a shared objective truth. We are all Hamlet’s children now; we sense that something is broken, we feel that everything is wrong, but we know not what to do. As our leaders plot and scheme for power, as mobs agitate, and people protest, we are heading towards a political cliff with no-one seemingly able to stop our fall.

How can we find our way out of this maze of our own making? Are we prisoners of our own confirmation-bias? Only able to see the world through the distorted lens of our own personal bubble? Who are the enemies of the people? Should we try to stop them? And what happens if we try?

The Hunchback of Notre Dame

This vibrant, outdoor production of Victor Hugo’s epic tale of injustice, survival and love will be a spectacular adventure for all the family. In 1482, in the shadows of Notre Dame Cathedral, a priest and a hunchback both fall for the mysterious and beautiful Esmerelda; but all she wants is to find her long-lost mother.

When the unhappy pair try to take matters into their own hands they set off a chain of events that no one can control. Paris throbs with the threat of rebellion. The mob breaks against the walls of the cathedral. Will the hunchback find true love? Will the priest save his soul? And will it take the people of Paris to save Esmerelda?

This summer, in the grounds of St Paul’s Church in Covent Garden, join Esmerelda and the hunchback as the colourful world of mediaeval Paris is brought to life in Benjamin Polya’s adaptation of Victor Hugo’s classic novel.

In this article:Hamlet, Iris Theatre, The Hunchback of Notre Dame