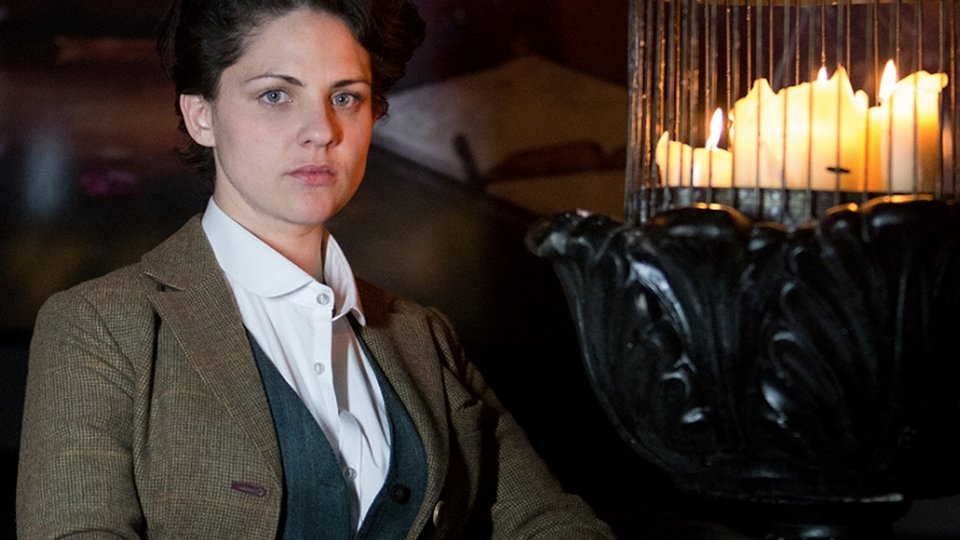 We were very interested to see how the English Repertory Theatre’s version of Hamlet would come off, with Hamlet being played by a woman. This is something that we haven’t seen before, yet it works. At 26 years of age, Rachel Waring is the youngest woman ever to play Hamlet and takes on the role with gusto. We may all be familiar with the story of Hamlet, but this version is given a new direction. The play is being promoted under the banner of “no ghost, no equivocation, only revenge”.

We rather enjoyed the snappiness of this play, which begins and ends in under two hours. This could be a great introduction of people who may just be starting to learn about Shakespeare’s work. The great thing about the Cockpit Theatre is its 360 degrees theatre and that there is no room for flaws. The actors put on an engaging performance, with lots of energy and movement. Hamlet is one of Shakespeare’s most iconic works and when Rachel delivers the classic: “To be, or not to be”, one finds it hard to not want to join in and mouth the words, too! Rachel Waring as Hamlet is great to watch and her voice projection is quite splendid.

The great thing about this shorter than normal version of Hamlet is that it covers all the basis that it is intended to, which is quite refreshing to witness. You don’t get the feeling that it goes on forever, or that a more updated version would work just as well. Betrayal, murder, love – the classic turmoil and twists that frequent Shakespeare’s work are all clearly seen in the play. Young Hamlet shows courage, as he deals with the fact that his father has been murdered by his uncle and his mother has married him. Try getting your mind around that as a young teenager/man. It’s little wonder that such craziness would occur.

What we would quite like to see is an even simpler format, to take the formalities out and drive home the amazing stories that are in Shakespeare’s work. For some, they may seem a little on the inaccessible side, but the English Repertory Theatre manage to bridge the gap between these two very different worlds, to make it accessible for almost everyone. At times, it does seem to go a little askew and the pace is so fast-moving, it’s a little confusing to keep up with, but on the whole, we really enjoyed this take on Hamlet and applaud the English Repertory Theatre for their efforts on making something so classic, seem that much more refreshing.