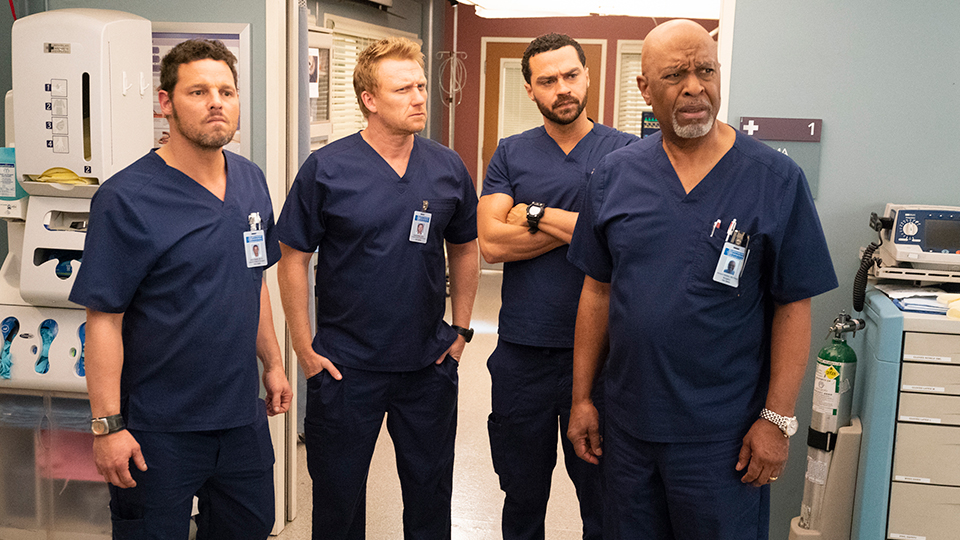 She got perspective from her patient Natasha (Siena Goines) who was stuck in the ICU after awaking from a coma. Natasha woke up after weeks and appeared to be recovering before suddenly deteriorating.

As it became clear she wasn’t going to recover, Natasha and her fiancé decided to turn off her ventilator. Before she passed, the Grey Sloan team held a wedding ceremony for them.

Meanwhile DeLuca grew tired of Meredith’s indecisiveness. After seeing Natasha pass away, he decided to seize the moment and took Meredith to the roof of the hospital where the two shared a kiss. Meredith was supposed to be going on a date with Link but she stood him up.

Elsewhere Owen (Kevin McKidd) and Amelia (Caterina Scorsone) found out that Betty (Peyton Kennedy) had been lying to them about her identity, Teddy (Kim Raver) and Koracick (Greg Germann) shared a kiss, Catherine (Debbie Allen) struggled with her recovery, and Levi (Jake Borelli) came out to his colleagues. Also Bailey (Chandra Wilson) asked Ben (Jason George) to come home.

The next episode of the season is I Walk the Line. A sea of patients flood the hospital after gunfire goes off at a parade and a blast from the past throws Maggie off her game on the same day that Meredith tries to talk to her about Deluca. Owen and Amelia get some potentially life-altering news.

Grey’s Anatomy continues at 10pm Wednesday on Sky Witness HD. Preview it with our gallery below: