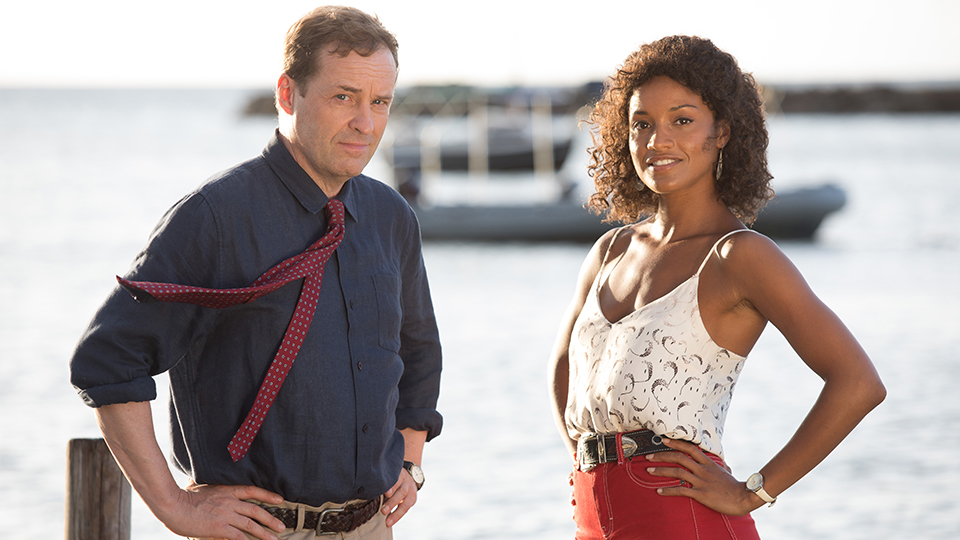 Death in Paradise will be back for another two series it has been announced.

The hit BBC One crime drama, produced by Red Planet Pictures, has been recommissioned following its successful eighth series run.

The renewal announcement is accompanied by the confirmation that Aude Legastelois will be a new series regular as DS Madeleine Dumas. The character made her debut in the last two episodes of series eight and she will join the Honoré Police to aid Jack, JP and Ruby in cracking the mind-boggling murders on the island.

Aude Legastelois said, “I’m thrilled that I’ve been given the opportunity to continue my role as Madeleine and to rejoin the cast of Death in Paradise. I can’t wait for Madeleine to be fully integrated into the Honoré Police team and for the viewers to get to know her further.”

Death in Paradise launched on BBC One in 2011 and the opening episode for series eight pulled in 8.9 million consolidated viewers.

Tim Key, Executive Producer, Red Planet Pictures, said: “We’re over the moon with the response to series eight and can’t wait to get back to Guadeloupe to start filming the new series. It’s an honour to be part of a show which is so loved by its audience and the decision to commission two series shows how much it is valued by the BBC. We’re excited to let the audience get to know our new characters better whilst also throwing some major surprises into the mix along the way – and of course solving the odd murder or sixteen.”

Tommy Bulfin, BBC Drama Commissioning Editor added: “We are delighted to announce that Death in Paradise is coming back to BBC One. The show is a jewel in our roster of top drama and we are thrilled that it’s returning.”

Series eight of Death in Paradise is available to watch now on BBC iPlayer.