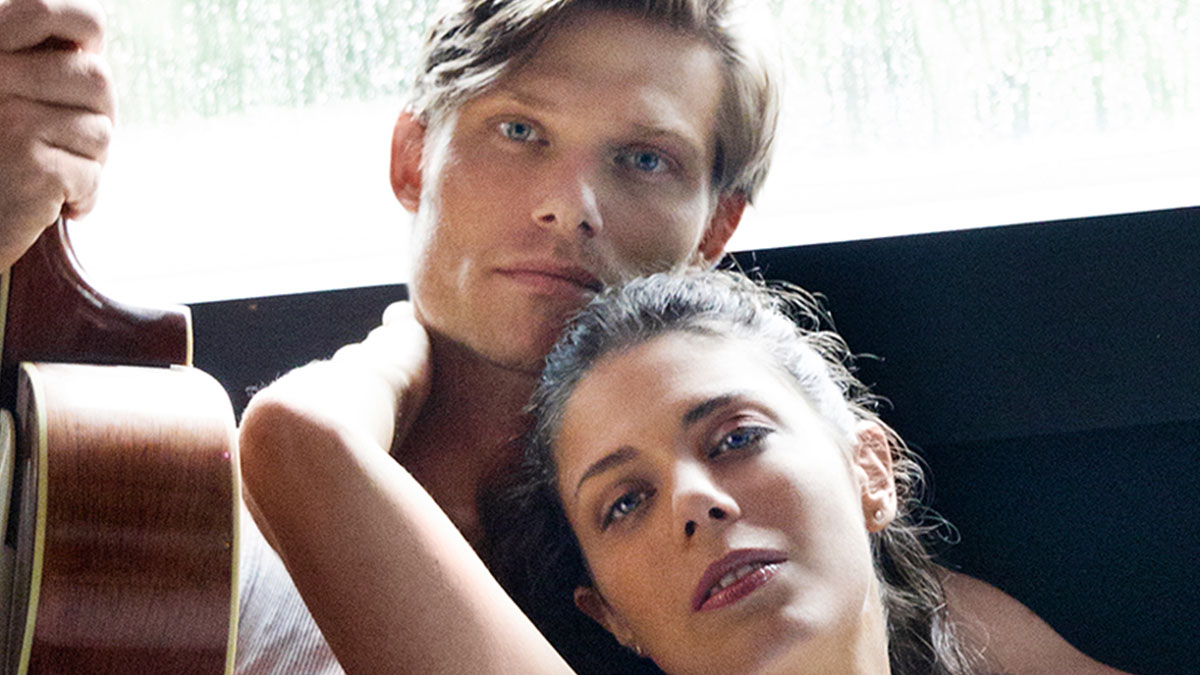 Following on from last year’s critically acclaimed ‘Stonewall’ EP, ‘The Risk’ is the duo’s first new music of 2021. Sonically it’s a step back towards Country, a genre both know well given that Carmack was part of the hit Country music drama ‘Nashville’ and Slaver (who also appeared in ‘Nashville’) was the fiddle player for JD and the Straight Shot.

I caught up with Chris and Erin recently to talk about ‘The Risk’, find out about their honest approach to songwriting, and to discuss their plans for new music this year…

Your new single ‘The Risk’ is such a beautiful song. How did that song come together?

Chris: Quarantine has been going on so long and dragging on so long, I think it’s brought, in addition to being a terrible plague on this earth, it’s brought a lot of spirits down. I know us in particular, some of the more emotive songs that we’ve been drawn to in the past, not just writing but listening to, we’re skipping. We’re like, ‘I don’t want to hear that right now. Play some 70s funk or something, play something…

Chris: We sit down to write regularly and we said, ‘alright, let’s write an upbeat, aspirational positive song. Those are actually sometimes harder to write than you’d think but we really set our minds to it and and came up with ‘The Risk’. It has a really positive message but it’s based in a truth and a reality. It allowed us to positively reflect on the butterflies of the past and the joy of moving forward in a relationship.

Erin: Fortunately, we have so much history together that we can draw from. We’ve gone through all these stages of a relationship together. The first EP we released, we had a lot of songs about marital conflict. ‘Stonewall’ was the biggest one, really reflecting on what we were going through at the time. We were living in a small apartment, Chris was just starting to work on ‘Grey’s Anatomy’ so we just found ourselves writing about that stage. It’s really nice to be able to go back to when we were first dating when everything was exciting and a little scary and…

Erin: Yes, simple!  We’re starting to dive into these other stages that we haven’t explored yet and it’s fun. I think there’s a lot of potential in those memories.

How easy is it to dig into those moments of your relationship? Does that cause problems as you’re revisiting some tough times with your songs?

Chris: Sometimes it’s hard to tell if we’re writing a song or having a fight.

Chris: We collaborate on everything but sometimes that nugget of an idea has to come from one person or another because we can’t have the same idea at the same time. A lot of times, she’ll bring an idea and I’ll say, ‘okay, yeah. All right. That’s your verse, right? Because I’m not singing that’ (laughs) and then she’ll say, ‘well, what do you want to sing?’ Then we’ll start to massage to find a middle ground and a middle perspective. When we write it’s pretty selfish from our own perspective.

Erin: I think some of its therapeutic for us. When I have done any kind of therapy myself, I find myself thinking of the lines and the lyrics in the songs we write because it’s just coming directly from what we’re going through. Something we really wanted to do when we started this project together was say, ‘okay, we’re a married couple. We want to present ourselves realistically’. Chris has a lot of fans for being an actor and I think an actor’s life is glamorized in the media in general. We said, ‘how can we be as real as possible in the songs we write?’ Everything we post on social media, and all that, it’s all us, even our production. We do it ourselves. For the most part, we’re trying to present ourselves and take away any layer of illusion that’s created by the media and all of that.

Chris: Yeah, we’re trying to present honest lyrics with an honest song and an honest performance. I think that’s what our fans are connecting with most of all.

Are you working towards more singles this year or is there another EP on the horizon?

Erin: We’re always writing. We could just keep producing ourselves in our home studio but we’re actually just debating with the idea of maybe putting together another group of songs. Maybe even doing it Nashville, since we’re heading in this more Country direction and maybe calling up some of our old buddies; studio musicians having them show off their chops a little bit.

Chris: Right now, we’re isolated for a lot of reasons. One is the pandemic, and we’re keeping to ourselves in our own little bubble. Another is, we’re living in Los Angeles now with our family for the first time, away from Nashville and it’s led us to do everything ourselves – produce and play all the parts. We have to very do it very piecemeal. We have a four and a half year old so we get an hour here or half an hour there. It’s not really enough time to really coordinate anything extravagant like hiring session players and working with them. Scheduling is tough. We’re debating whether we’re gonna continue down this road or if we’re gonna stockpile a few songs and demos and then maybe when we get back to Nashville, do a more studio EP, which is actually what we’re both used to doing.

Erin: I think we’d still produce ourselves and we’d still be our sound but we’ll be collaborating a bit more in the future.

Chris: The answer is, we don’t really know! (laughs) We’re gonna keep writing and making demos, and whether or not we’re going to turn those into fully produced tracks or we’re gonna wait and put them together as an EP, we are as of yet unsure.

When the pandemic is over and you’re able to travel, do you have plans to come to the UK to perform?

Chris: Oh, absolutely. That’s a dream come. Erin has toured the UK as well with her projects.

Erin: I used to play fiddle in JD and the Straight Shot. We spent some time in London especially and some other areas of the UK. It was so amazing. I would be thrilled to come back.

Chris: I would love to come back. The fans we met over there when we were touring with Nashville were just so excited about the music and they were so friendly and welcoming. Not to mention (we saw) wonderful cities and beautiful countryside. I think that’d be a dream come true.

The fans at the Nashville shows were proper screamers as well weren’t they?

Chris: Yeah, they know how to have a good time at a concert.

Life On Eris’ ‘The Risk’ is out now. Watch the lyric video for the song below:

In this article:Chris Carmack, Erin Slaver, Featured, Life On Eris