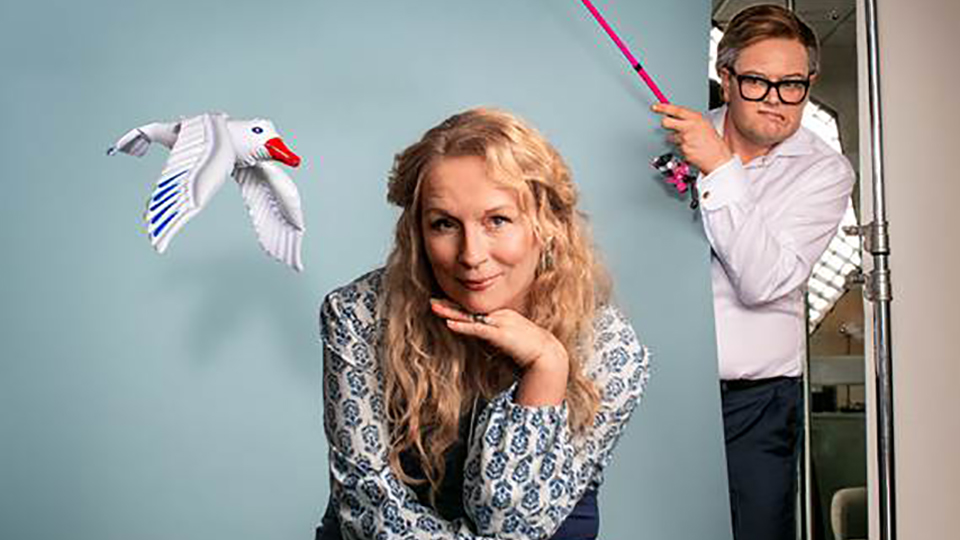 Jennifer Saunders is paying tribute to Mamma Mia! again all in the name of Comic Relief.

10 years after Saunders teamed up with Philip Glenister to poke gentle fun at the blockbuster musical for Comic Relief, she’s at it again with Mamma Mia! Here We Go Yet Again!

The sketch, written by Saunders with Richard Curtis, will see some of the UK’s biggest names in acting and comedy recreating memorable moments from the sequel and even attempting to sing some of ABBA’s most iconic songs.

Jennifer Saunders says, “If I could have lived on the fake Mamma Mia set for the last year, I would have been very happy. So I am very, very, very happy to be back. This is undoubtedly one of the silliest things I’ve done. But my god I enjoy it so much.”

In the sketch Jennifer Saunders will play Meryl Streep’s Donna, Alan Carr will play Colin Firth’s Harry and Philip Glenister returns to play Pierce Brosnan’s Sam. There will also be appearances from Miranda Hart and Sue Perkins, returning as the producer and director.

More celebrity cast names will be revealed ahead of Red Nose Day.

Mamma Mia! Here We Go Yet Again! will premiere exclusively on BBC One during Red Nose Day on Friday 15th March.

Comic Relief have also been releasing teasers for Four Weddings and a Funeral follow-up One Red Nose Day and a Wedding, which reunites the classic film’s cast for a short sequel 25 years after the original.