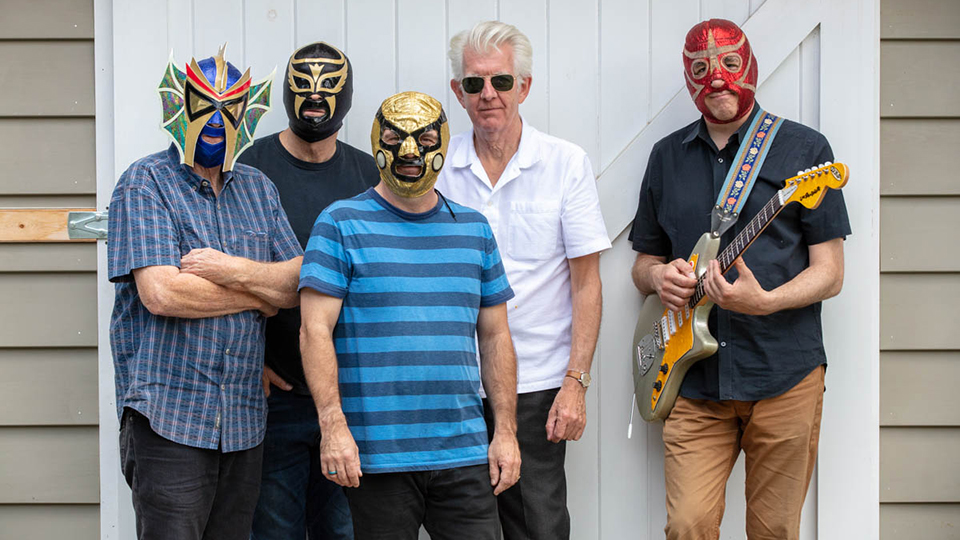 Nick Lowe will release Love Starvation / Trombone, his latest collaboration with Los Straitjackets, on 17th May through Yep Roc Records.

Recorded in Woodstock, New York over a short break from touring, the collection features three new Lowe originals and a cover of the obscure Phil Spector-produced gem Raincoat In The River. The collection is Lowe’s second consecutive release with Los Straitjackets after 2018’s Tokyo Bay / Crying Inside.

Love Starvation / Trombone will be released via all digital platforms and as a 12″ featuring unique sequencing on each side and exclusive artwork for each.

Talking about Love Starvation Lowe says, “It has a kind of Ritchie Valens feel to it that I thought might suit Los Straitjackets. It’s funny, that song could’ve been a Rockpile song. But in a way, I don’t think I was good enough to write a song like that back then. It sounds like old stuff, but I’m just better at doing it now.”

1. Love Starvation
2. Blue On Blue
3. Trombone
4. Raincoat In The River

In this article:Los Straitjackets, Nick Lowe