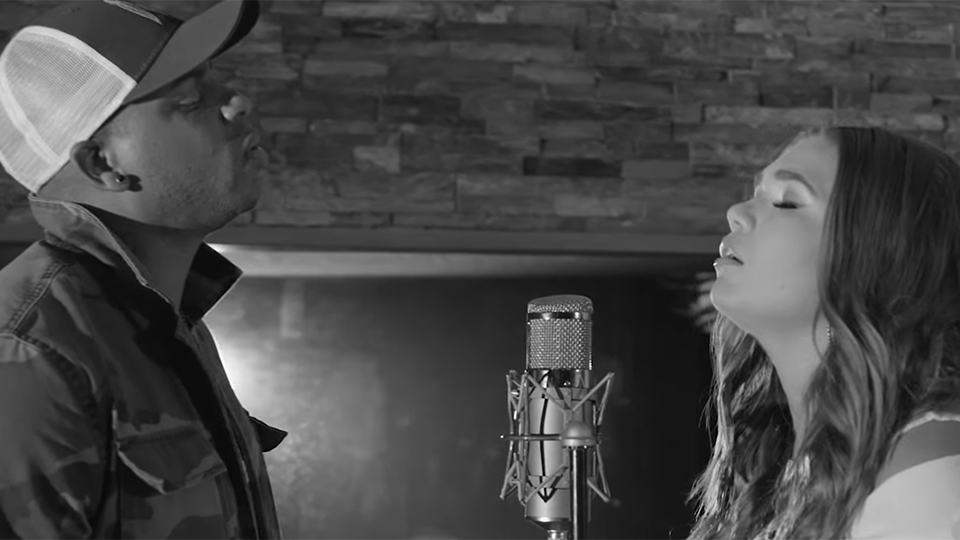 Rising Country stars Jimmie Allen and Abby Anderson have teamed up to record a cover of Shallow, Lady Gaga and Bradley Cooper’s Oscar-winning song from A Star is Born.

The accompanying video shows a split screen of the two artists going about their lives before coming together in the studio to sing the track. Watch it below:

“A Star is Born was one of my favourites from last year, and the performance of this song in the film really moved me as an artist,” shares Allen. “I had chills! Getting to cover Shallow with my good friend Abby was such a cool experience. She’s an incredible vocalist, and I’m excited for fans to hear our take on the song.”

“I think I speak for everyone when I say that I bawled like a baby during A Star Is Born. The song Shallow immediately stood out to me,” says Anderson. “When Jimmie called and asked if I would sing on this song with him, I was honored. I mean I’m no Lady Gaga, but working on this with Jimmie, who pours his whole heart into a song vocally, was an absolute joy.”

The cover comes hots on the heels of the release of Allen’s new single Make Me Want To, the follow-up to his three-week number one hit Best Shot.

Allen released his debut album Mercury Lane in 2018 and he’s currently on the road supporting Kane Brown. He’ll be in the UK in March to perform at C2C: Country to Country before heading out on Chris Young’s Raised on Country Tour and Rascal Flatt’s Summer Playlist Tour.