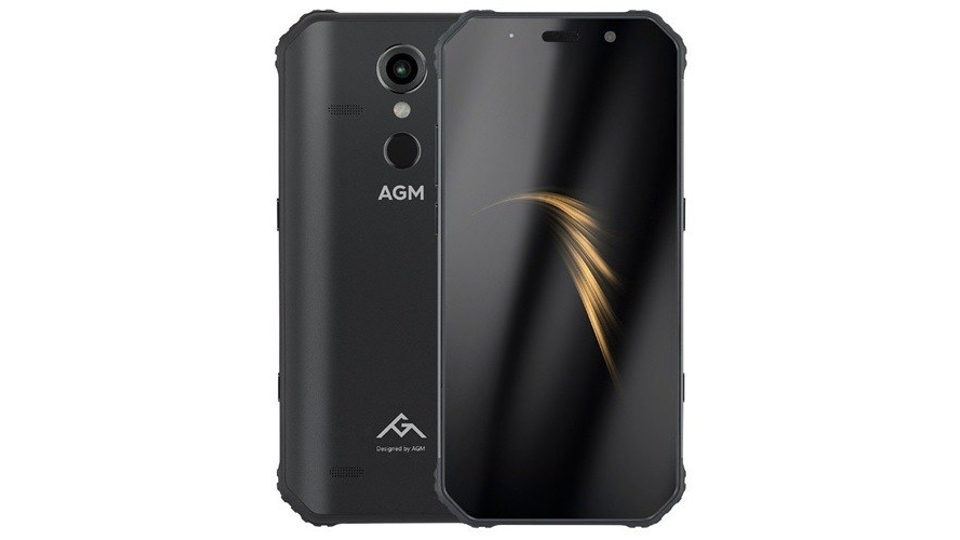 AGM have just released their range of super durable phones in the UK and we’ve been able to get our hands on one to put it through its paces. AGM phones aim to get the right balance between form and function plus the added benefit of being incredibly resilient.

“AGM Mobile, China’s #1 durable Android phone, is launching in the UK today – they are successful for making phones that can survive extreme conditions or life’s everyday activities. Drop it down stairs, dunk it in water, stand on it, even freeze it. Not only are they durable, but they also look great, have high end specs and won’t break the bank.”

Needless to say that claims like this were like a red rag to a bull. Since getting the phone unpacked it has spent lots of time being dropped, stepped on and my son even used it as a toy during bath time. Just your typical day in the life of a mobile phone!

Watch the AGM A9 tease video below:

The model we got to test was the AGM A9 which retails at around £279.99 and actually sits nearer the bottom end of what AGM have to offer. As soon as I got the box out of the envelope this felt like a quality product, even the box felt rugged and durable and this is just the packaging! Inside the box came the handset, a pre-applied screen protector, 1 x Quick charge Type-C cable, 1 x Quick charge power adapter, 1 x SIM tray ejector, 1 x Type-C earphone adapter, 2 x USB plugs and a brief instruction manual.

All of the components had a quality feel and the handset itself looks amazing. It’s fairly big and chunky but feels like it should weigh much more than it does. On the front there is a forward facing (12MP) camera with flash and a small speaker for when you’re making a phone call. On one side there are the usual volume up/down buttons and also an AGM button that defaults to opening Google Assistant with a long press. On the other side there is a power button and the draw for up to 2 SIM cards. On the back lives the main (16MP) Sony camera, a fingerprint sensor and four speaker grills.

Beauty is in the eye of the beholder as they say and for me the looks of the A9 are spot on. I like how it looks and it feels like a premium product deserving of a much higher price tag than it has.

AGM phones run on Android and the A9 comes with Pure Android 8.1. Set up was incredibly easy especially as I already have my contacts backed up to my Google account. Within less than five minutes I was up and running. You’ll be pleased to hear that there isn’t any bloatware pre-installed which is a nice change for Android phones. The interface works seamlessly with no lag or stuttering whatsoever. It even performed well when playing games with no noticeable slow down.

Both cameras performed really well even without the best lighting. As you would expect the higher spec rear facing camera produced the best results but the front camera also took some great pictures and there certainly hasn’t been any cost saving here, unlike some other phones out there.

The 5.99″ Full HD screen is stunning and images are crisp and clear and I prefer it over my smaller screened iPhone. Colours are bright and vivid and I can’t really fault it.

I only mention the speakers as the press release made a mention of them, I have never found a phone that has decent sounding speakers and this is the only area that lets the A9 down. There are 4 external sound chambers tuned by JBL with rear surround stereo speakers. If I’m honest I didn’t really notice any sound improvement over any other mobile phone I’ve used over the years. Whilst it’s certainly louder than most handsets out there the A9 lacks any bottom end to the sound as does pretty much every phone out there.

Now for the interesting stuff… how well does the A9 stand up to being dropped, dunked and generally mistreated?! All in all pretty darn well. I spent as much time dropping the phone as I did using it and I swear the A9 still looks brand new, there isn’t a single scratch, dent or blemish on it. It’s been in the bath, the shower, the kitchen sink and anywhere else I could find water and it still works flawlessly. I even made a phone call while it was dunked in the sink and although the speaker quality dropped a bit I could still manage a conversation, plus once the phone has had some time to dry out it was good as new. It’s also been dropped down the stairs, stood on, had food smeared on it then washed off and survived a whole day in the hands of my 5 year old. As soon as he knew he was allowed to drop it there was no stopping him!

We were also provided with a floating case. The case fits the handset nice and snugly and gives it even more protection when dropped. There is a belt clip on the rear so it would be easy to attach somewhere if you needed quick access to your phone. The case does make the phone very chunky though and may not be to everyone’s taste. Oh and it floats so if you do happen to drop your phone in deeper water you’ll be able to retrieve it with no harm coming to it.

To sum up I think the AGM A9 is brilliant and certainly lives up to its claims. It performs better than many other phones at the same price and even more expensive handsets. Its large screen is gorgeous and boy is it tough. I would recommend this handset to anyone who is accident prone, those who like a larger handset or people who are after as much phone as they can get for their money.

If you’d like to get yourself an A9 or one of the other AGM models then head over the the official AGM website.