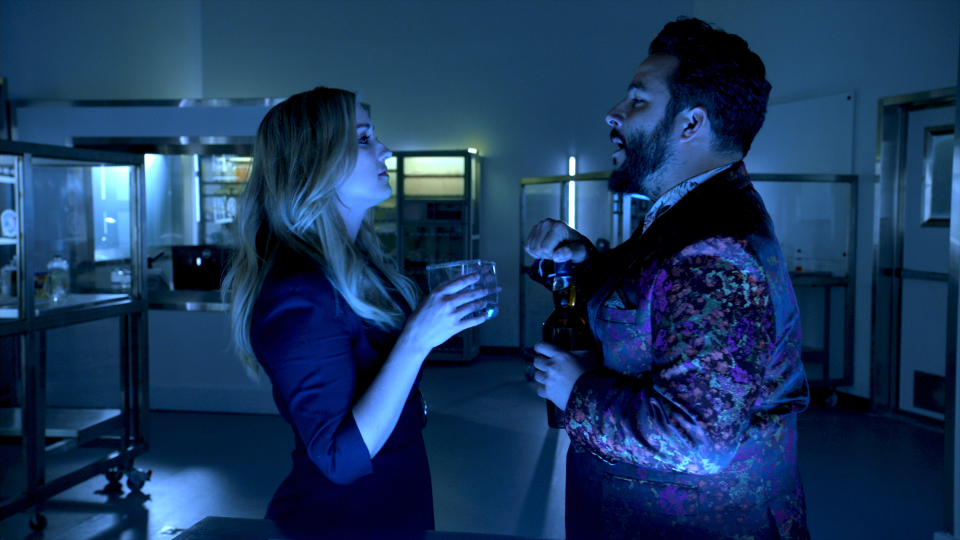 At the start of the episode, a flashback revealed some information about a company called Kearn Pharmaceuticals and a Dr. Roga who was the inventor of ZIP. Unfortunately Roga had died two years ago.

Jane (Jaimie Alexander) was back to being Jane but with the memories of Remi intact. She was suffering crippling headaches due to the worsening ZIP poisoning. A memory of a conversation with Shepherd led the team to discover that Dr. Roga was infact alive and in hiding.

The team got to Roga before a kill team from Kearn Pharmaceuticals. Roga had created a cure for ZIP poisoning but the Kearn team caused a fire which destroyed it. Roga had information that Roman had located another batch of Stanton stem cells which she could use to recreate the cure for Jane.

Reade confronted Zapata but she would only talk to Keaton. Reade proved that Keaton was in a coma so she had to talk. She explained what had happened and that she was working deep cover for the CIA in an effort to take down HCI Global.

Reade decided to put Zapata back in play but with himself as her handler. He sent her to the Del Toro meet but she was abducted, apparently by the CIA.

The promo for the next episode reveals that Jane’s ZIP poisoning is getting worse. She’s heard to say that he body is forgetting how to function and Rich says she doesn’t have much time left. Weller stresses that they need to find a cure because he can’t live without Jane.

Watch the Blindspot 4×11 promo trailer below:

An author’s obsession with the team puts them in the cross-hairs of a deadly killer.