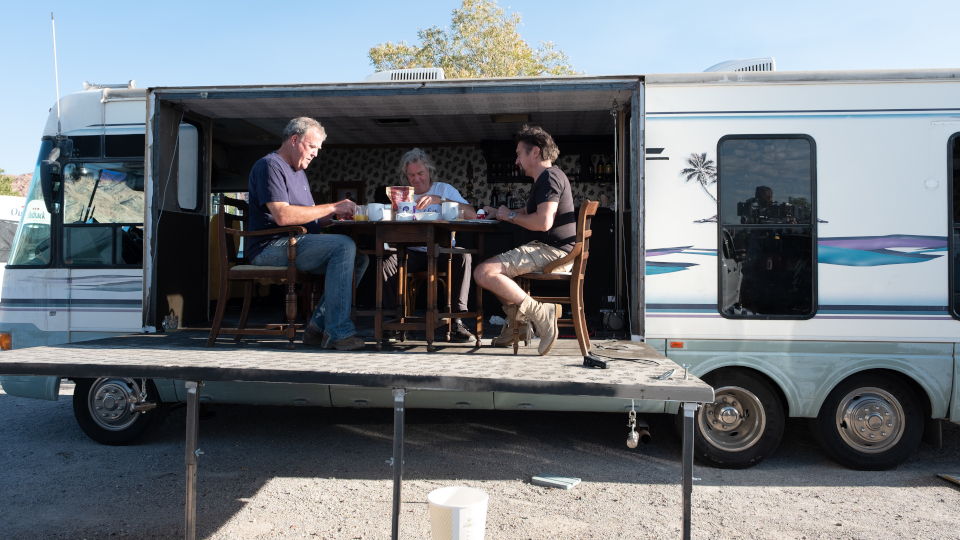 I’ve been enjoying season 3 of The Grand Tour for the most part, last week’s China episode being an absolute blast and the episode in Sweden also being a stand out for me. Episode 7 hits our screens this Friday and then the week after we are off on vacation in episode 8 which airs on March 1st.

Episode 8 is titled ‘International Buffoons’ Vacation’ and sees Clarkson, May and Hammond taking a road trip across the American South West. This sounds pretty standard so far but for one thing, they are all starting off in the same RV. Pretty quickly things break down between the trio and they decide that they all need their own RV rather than staying in just one.

Each armed with their own RV the boys set about customising them to suit their own preferences and to make them more comfortable as they travel across Nevada. I can only imagine what they will come up with but based on previous episodes I don’t think it’s likely to be anything normal!

Also don’t forget that you can play along with each episode if you’ve got The Grand Tour game which you can pick up for Xbox One and PS4 at Amazon UK.