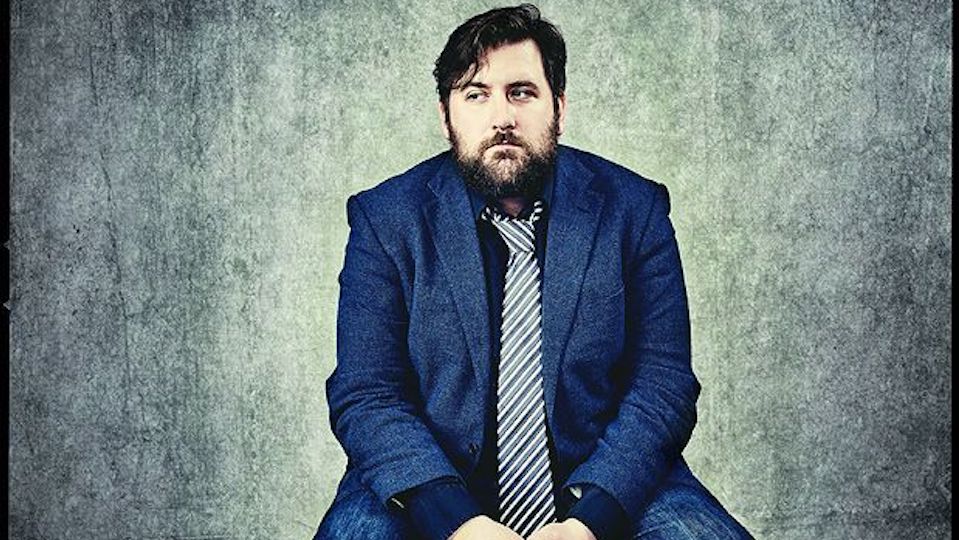 ‘No sad stories!’ Garrett Millerick pledged ahead of his Edinburgh Fringe Festival 2018 stint. ‘Sunflower’ was intended to be a 100% pure comedy show with no left or right agendas – a show named after his favourite Beach Boys album. Only, seeing Garrett’s Sunflower unfold at Soho Theatre this month, his original vow to steer away from sadness couldn’t be further from the truth.
It’s hard to ignore the grim realities facing this country. It fills our news feeds and social media profiles. We even get notifications about terror threats, or the latest death straight to our mobiles. Everyone except Garrett Millerick. ‘The money is in political shows,’ Garrett grimaces, promising the audience we’re not in for a badly-skewed take on Brexit – a topic Garrett believes ‘professional clowns’ should steer well clear of.
‘Silence, solitude and lying on the floor’ are three of his favourite things, he announces in an instantly captivating, booming voice. ‘I don’t like cake… or holidays,’ he coolly adds as every member of the audience member gasps. But despite Garrett sounding like a middle-aged recluse, he’s a big man with a big, big heart.
Garrett’s show really is laugh-a-minute, it’s impossible not to envy his laid-back, quick-witted attitude. His set is fluid, self-deprecating and hilarious. He announces that he’ll never be a great father, quick to tease his unborn child. Except, life is a rollercoaster and, like every great journey, it’s full of sudden changes.
‘At 3am that morning, I discovered that my wife Sarah lost our child,’ he announces after he claimed a mystery woman berated him one night for being a part of the patriarchy. ‘Does the man have it hard?’ she teased, and that day – yes, he did. And probably still does.
Every member of the audience took an intake of breath, and couples holding hands clasped even tighter. Sadness? In a comedy sketch? While everyone had a lump in their throats, Garrett was determined to speak for us.
‘At the darkest point, Sarah had collapsed on me, her eyes rolled back in her head; she began to swallow her tongue and the blood drained from her face,’ he said.
‘I looked up and down the empty hospital ward and screamed for someone to help me,’ Garrett laments to a silent room. Like half an hour earlier, everyone was hooked on his every word – but instead of tears of laughter in their eyes, they were tears of sadness.
But out of his darkest moment, Garret still managed to highlight the pure joy of laughter in his marriage. And it makes the love between him and his brave wife Sarah impossible to ignore.
‘You can do one of those dreadful ‘everyone feel sorry for me Edinburgh Shows’ now…’ Garrett says, reciting Sarah. ‘But don’t do that, they’re fucking awful.’
It’d be impossible not to feel sorry for Garrett – in a single moment his life (and comedy) changed forever. But instead of breaking him, and making him even more of a miserable person – he’s bloomed like a sunflower.
Title: Garret Millerick: Sunflower Venue: Soho Theatre Dates: 12 – 16th February 2019 Time: 9:30pm Tickets: Call 020 7478 0100 or visit sohotheatre.com
In this article:Garrett Millerick, Soho Theatre, Sunflower