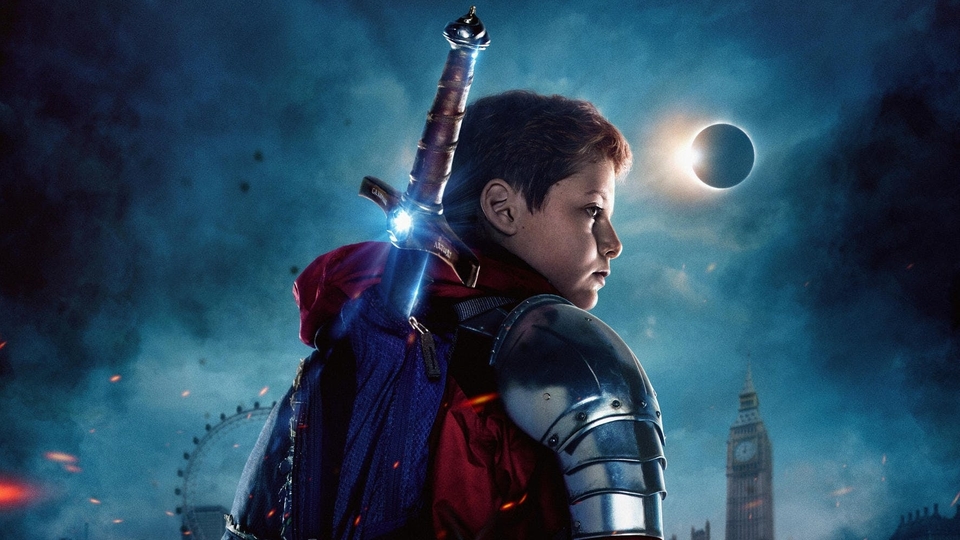 Joe Cornish, whose 90s TV series ‘The Adam and Joe Show’ (alongside Adam Buxton) was a cult stalwart, returns to the big screen to write and direct this ambitious family adventure. Having impressed me with his contribution to the script for the criminally underrated 2011 blockbuster The Adventures of Tintin: The Secret of the Unicorn, I was expecting fireworks here. Sadly The Kid Who Would Be King had a lot of potential, but ultimately gets bogged down with an overlong run-time, sparse humour and poor characterisation.

Alex (Louis Ashbourne Serkis) is a typical school kid, who is experiencing bullying at the hands of Lance (Tom Taylor) and Kaye (Rhianna Dorris). One day, he tries to avoid another encounter with them and ends up escaping to an abandoned building site. It’s there that he discovers a sword plunged deep into a stone. He manages to remove the sword from the stone and begins a journey of discovery with his mates Bedders (Dean Chaumoo) and Merlin (Angus Imrie) to track his long-lost father and to get some magical answers along the way.

The legend of King Arthur and the Knights of the Round Table has been fertile ground for filmmakers for years, so when Cornish’s idea of placing this pitch as a kid’s adventure was first announced, it certainly peaked interest. Despite some costly effects in about 3 scenes, The Kid Who Would Be King feels very much like a CBBC production and its slow-burn pace means you lose interest quite quickly. By the time the big effects arrive, the battle has already been lost.

This is no fault of the cast, who all do very well with the material they have. Louis Ashbourne Serkis, who is the son of Mo-Cap king Andy Serkis, is really good in the lead role and a bright future no doubt awaits him in this industry. His crew are ok, but I felt no affinity whatsoever with the characters of Lance and Kaye, which made their unification with Alex and his ‘knights’ somewhat underwhelming. The film has two big stars in Patrick Stewart, who tries hard but is curtailed by a weak script, and Mission: Impossible – Fallout’s Rebecca Ferguson in a blink-and-you’ll-miss-it cameo as Morgana, an evil entity that Alex has to confront.

The effects look good when they are called upon, but I expected more in terms of spectacle and grandeur. I wasn’t a fan of Attack the Block, Joe Cornish’s 2011 urban alien-invasion film that’s mostly only remembered for launching the career of a Star Wars-bound John Boyega. But at least in that film the action felt immediate and full of energy. The Kid Who Would Be King rarely manages to muster nearly enough energy to bring you to the edge of your seat, and that was quite disappointing to see.

Joe Cornish’s heart is in the right place with The Kid Who Would Be King, it’s just a shame that the end product is too long and drawn out. Kids will get the most from this fantasy and when it decides to splash the cash, the effects do make for an engaging few set-pieces. But my overriding feeling after the credits rolled was what could have been, and that’s a real shame given the premise, talent involved and scope for future adventures.