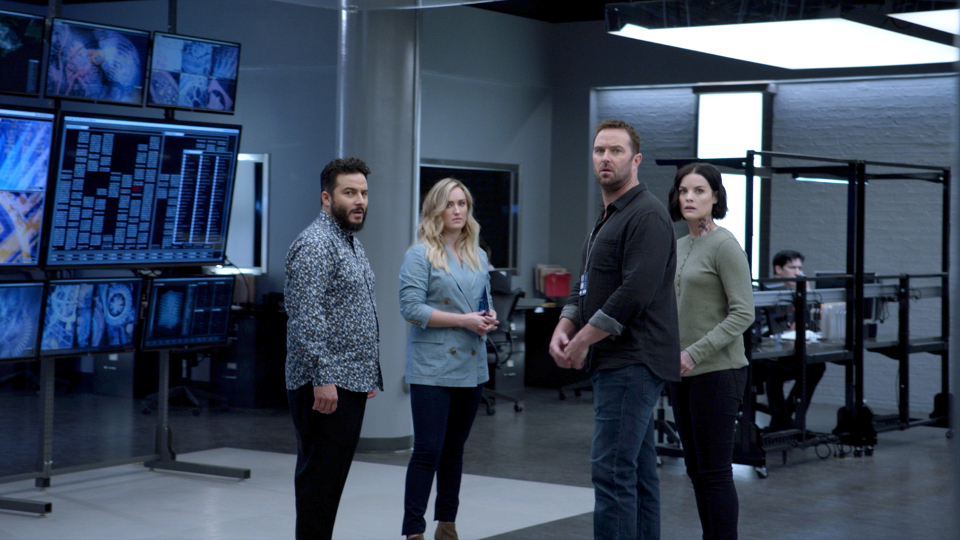 The episode opened up where the last one left us, with Weller and Jane/Remi running to fight each other. The fight broke out and Weller realised if he wants to win he can’t hold back as he’s fighting Remi who wants him dead. After both of them took some punishment, Weller produced a needle and managed to stick her which knocked her out.

Meanwhile, in Mexico we got to see what happened in the stand-off between Reade (Rob Brown), Weitz (Aaron Abrams) and Zapata (Audrey Esparza). They all had guns out but Zapata was outnumbered. Reade, still refusing to believe that Zapata would turn, approached her in the hope he was right. She didn’t shoot him so he cuffed her.

Weller took Jane back to the FBI where Patterson (Ashley Johnson) and Rich (Ennis Esmer) were waiting with a neurologist. They were ready to attempt the experimental brain procedure that had been discovered in Roman’s (Luke Mitchell) data caches. They explained the ZIP had created a barrier in her brain with Jane on one side and Remi on the other. The procedure would try and flip Remi back to Jane but if it went wrong she’d probably die. With seemingly no choice, Weller authorised them to begin.

Now things got interesting, rather than just have everyone wait around to see if it worked, the episode attempted to visualise what was happening in Jane’s head. Things began with her remembering being in that duffel bag in the first episode. After getting out of the bag she was with Weller again at the FBI as he interrogated her to find out why his name was tattooed on her back.

After the interrogation room she was faced with a series of puzzles that were stopping her get to Remi who was in control of things. Overcoming the puzzles required the help of the FBI team. Eventually she uncovered the box from the end of season 2 that she had to open together with Weller. Opening it this time revealed a special key that took her to her next challenge.

While some of these sequences were a lot of fun, other parts were actually pretty creepy and borderline horror movie territory. One vision she saw was of a little girl, presumably Jane/Remi as a child, another involved Roman. She realised to get past him she needed to apologise and he forgave her.

Next up was her mother, Shepherd (Michelle Hurd), who put Jane through a torturous series of imagery of her past. Jane fought back by thinking of the good that she had done. This led Jane almost to confronting Remi but each time she tried, Weller needed saving. Eventually she worked out that she needed to ignore the distraction of Weller and focus on Remi. The little girl did turn out to be Jane as a child when she was known as Alice Kruger. She helped Jane get to Remi and the pair began to fight.

It was an impossible fight to win as they were evenly matched. Instead, Jane switched tactics and convinced Remi to work with her to take down Shepherd. Doing this allowed Jane to finally wake up and she had reverted back from Remi. As Rich began to celebrate things calming down, Reade walked in with Zapata in cuffs.

Jane remembered that she’d broken Shepherd out and also where she left her. She wanted to go with Weller and the team to bring her in but they wanted her to rest. The team went after Shepherd but she was gone.

At the end of the episode, Weller headed home and found Shepherd waiting for him. She’d taken him by surprise and looked like she might kill him. Suddenly Jane burst in and filled her mother with bullets. With Shepherd dead and Jane back to normal, it looks like we might be in for some answers from Zapata next.

Can’t wait for the next episode? Read our Blindspot 4×10 The Big Reveal preview.