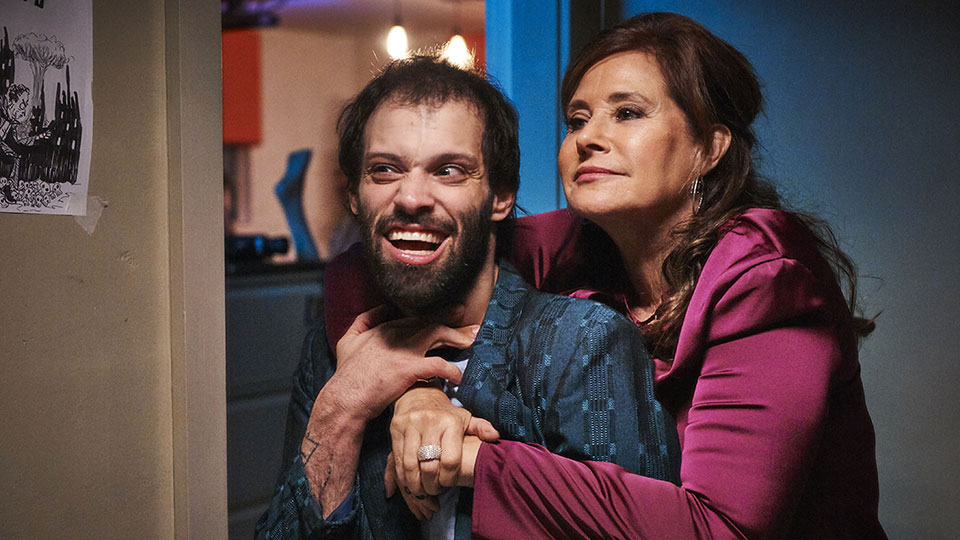 Tim has cerebral palsy, which means that people judge him, and his crumpled tissue of a body. But usually they judge him wrongly. Because what they don’t realise is that inside that severely disabled, fragile body is a bit of an asshole. Tim knows he makes people uncomfortable – he does it on purpose. He knows his cerebral palsy means he can get away with saying what others can’t.

But that’s his problem: time spent taking aim at life’s easier targets means Tim takes his eye off its bigger prizes: the job, the girl and the visa. Like faking it as a refugee, making a disabled nemesis and offending his new colleagues at a greeting cards company, Tim becomes the master of his own downfall and it’s left to his friends Ruth (Sharon Rooney), his indifferent care worker and Idris (Rob Madin) to get him out of all the disastrous situations he gets himself into.

Tim Renkow says, “I loved working with such a talented group of people – they even managed to make this reprobate look presentable. There was such a great atmosphere on set. It was like a family, except everyone really liked each other.”

Lorraine Bracco added, “It was such a pleasure getting to work with the uniquely hilarious talent that is Tim Renkow. It was a treasure to experience Tim’s world with him. I felt lucky.”

The series is written by Shaun Pye, Tim Renkow and Stu Richards and is a co-production between Roughcut TV and Primal Media.

Jerk will be available as a boxset on BBC Three and it will also air on BBC One.