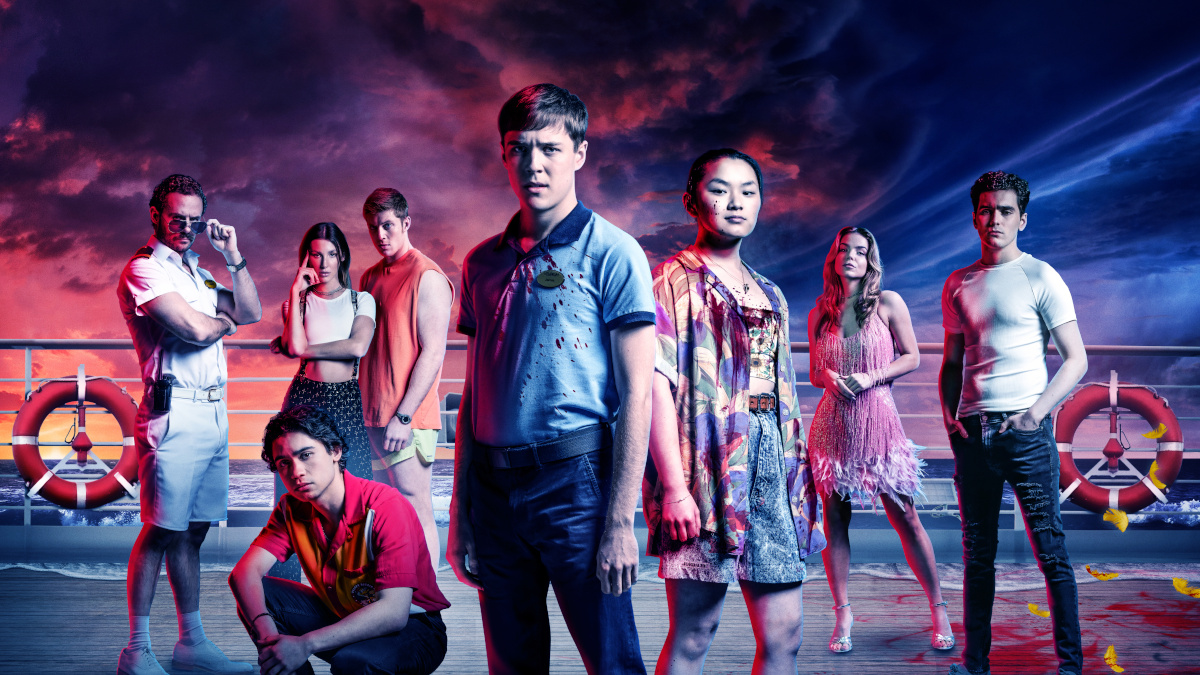 ‘Wreck’ is a new six-part series that mixes thriller and comedy with a slice of slasher.

Set aboard The MS Sacramentum cruise ship, ‘Wreck’ follows 19-year-old new recruit, Jamie Walsh (Oscar Kennedy), as he infiltrates the 3000 strong crew in a desperate race to find his missing sister, Pippa (Jodie Tyack). She was working aboard the same vessel on a previous tour and vanished mid charter.

Jamie is initiated into cruise life and gets a crash course on the tribes within the staff: the theatre kids, the mafias and the low-paid workers. For this overworked and underpaid crew, life below deck can be an odyssey of partying and excess… and they remain oblivious to the bloodthirsty murders taking place on board. Jamie is forced to turn detective and uncover the sinister truth.

‘Wreck’ is written and created by Ryan J. Brown and produced by Euston Films, part of Fremantle.

Wreck will launch exclusively on BBC Three and BBC iPlayer at 10pm on 9th October 2022.