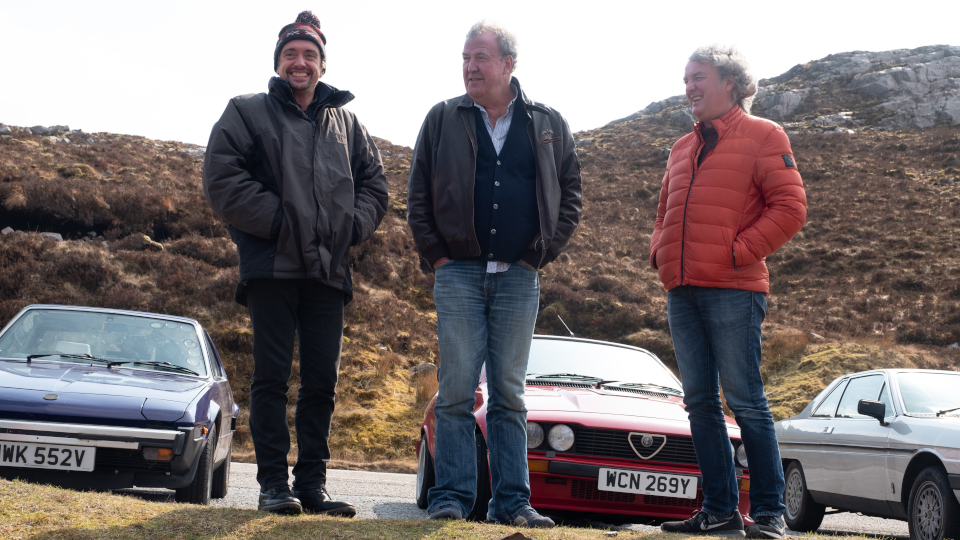 Episode 7 of The Grand Tour will be on our screens from February 22nd and will be called ‘Well aged Scotch’. You won’t be surprised that the boys will be heading to Scotland in this one. In this episode the trio aim to prove that you can still buy classic cars at a reasonable price.

Clarkson, May and Hammond set out to buy rare classic cars that have yet to to increase significantly in price. With Clarkson in an Alfa Romeo GTV6, Hammond in a Fiat X1/9 and May in a Lancia Gamma Coupe, the three set off on a road trip around the top of Scotland taking in the sensational driving roads of the North Coast 500, winding their way through some of the most breathtaking scenery in the world to a soundtrack of grinding gearboxes, malfunctioning wipers and Richard Hammond complaining about how horribly cold he is. Also in this show, Jeremy is at the Eboladrome to test the new
BMW M5 super saloon against the same  but  different Alpina B5.

The Grand Tour is available exclusively on Amazon Prime Video.