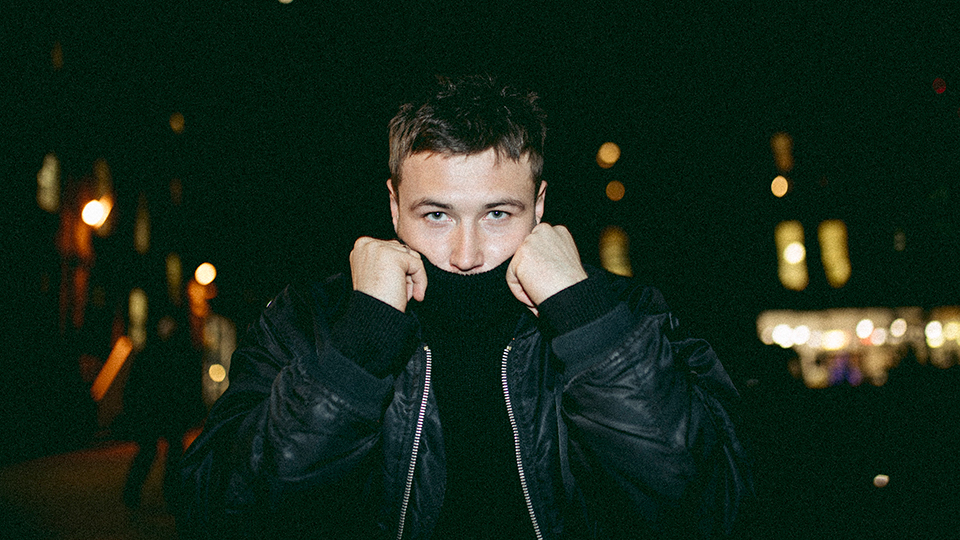 Freddie Long has just released his new track Sinner and it’s certain to continue building the buzz that surrounds him.

Following the surprise success of his track Jean in 2018, Freddie has been working hard on new music and Sinner is the first taste of his upcoming EP, debut for release in May.

I caught up with Freddie to find out the inspiration behind Sinner, discuss his upcoming EP and to talk about how he got into music.

Hi Freddie. How are you today and where does this Q&A find you?

Hi Guys. I’m good thanks. Currently down in Brighton getting ready to set off to play a set at Soho farmhouse tomorrow, which will be sick.

Your new track Sinner has been released. What is the track about and where did the inspiration come from?

Yes! Have you ever been so into someone, even when you know they are bad news? However hard you try you always find yourself wanting more? No matter how toxic this relationship is you just can’t get enough? There’s something about them that you just can’t let go of and you’re willing to ignore your instincts just to be with that person? They make you sin! I’ve been in this position and I know how addictive it can be. The moment you realise your poisoned passion for someone – ‘Blessed Or Cursed I’m Your Sinner’.

SINNER; A person who transgresses against divine law by committing an immoral act or acts.

Sinner is the lead track from your upcoming EP. Give us a little insight into the creative process for the EP and tease what sounds we can expect.

Yeah! I’m really excited to share my debut EP. I’ve been lucky enough to work with some talented musician to help create it. Growing up I was heavily influenced by Jamiroquai, The Return of the Space Cowboy album, especially, and the more recent rock gods, Arctic Monkeys and I’m mad for those guys, Shame. The contrast between these sounds really excited me and I wanted to try and create a mix between them. Working between two lanes has helped me to explore what might be my sound so I’m proud that this EP shows a few different flavours. I hope people will like the range and I hope it will inspire them to follow me on my journey towards an album next year.

The lead track is called ‘Sinner’ which I’m so proud of. It’s one of the ‘grittier’ sounding tracks from the EP, with heavy detuned guitars and dirty old synths. It’s certainly got character!

The second track is called ‘Known Better’, more of a chilled vibe.

From there the next two tracks start to build into the funkier side of my taste. ‘Problems’ especially carries a heavy baseline with some flair that I hope people get down with before the Chorus hits which is like a kick in the teeth. I can’t wait to play that one live!!

The final track is called ‘Cross the Line’ which we’re holding back until the weather gets warmer. It’s got a heavy electric groove and I hope people will be blasting that out of their cars and houses with the windows open. It’s a feel-good jam, for sure!

How did you get into making music and when did you know this was what you wanted to do as a career?

Since I was young I’ve always been into music, can’t remember a bus/train journey without headphones. It wasn’t till I was 18/19 when I started learning the guitar. From there I started playing around with chords/writing ideas, I found some of these demos the other day and wow they are tragic!! Haha.

I then started playing open mic nights around London and from that, I meet other musicians/producers which then allowed me to explore my sound. From that point, I was hooked and knew that this was something I wanted to do. I get a buzz out of performing and every time I finished I just wanted more.

Your voice is very distinctive. When did you realise you could sing and which artists would you say have influenced you?

I’m a big rugby fan and used to play a lot when I was younger. One time after a game we ’re all having a few drinks and the karaoke came out. From that point on the boys would always make me sing after a game. No Diggity by Blackstreet was my jam! I guess this gave me some confidence to start thinking about music as a career.

In my teens, I grew up listening to a lot of Indie music, Good Charlotte, Sum 41 etc. Which I think has rubbed of on me. I’m always looking for new influences but Jamiroquai, Arctic Monkeys, James Brown, Jamie T, and Kaytranada probably most accurately sum up my influences.

Your debut track Jean picked up a lot of attention with barely any promotion behind it. How surprised were you by the song’s success?

Extremely! As a demo, I never thought the song would get the traction it did. I wrote it back in 2017 and since then it’s kinda been sitting around. We spoke about putting on the EP but then decided it against it. We all liked the track but felt the EP had a bigger sound and this didn’t quite fit. So we decided to release it as a demo just to see what people thought. It’s crazy!

What’s your process when it comes to creating a new song. Do you start with lyrics, a melody or an idea?

In my notes on my phone, I have pages of lyrics and track titles that I find by reading magazines etc. Anything that jumps out to me I make a note and then when I’m in a session I scroll through and pick which one I’m feeling. If I have a concept idea I find it a lot easier, for me this works really well. I also enjoy collaborating with writers, nothing better than having likeminded creatives in a session.

If you had to describe your sound in just one sentence, what would you say?

When can your fans see you playing live over the coming months?

I’m playing a few Sofar sounds and the occasional show around London. I’m really excited to play the Communion show at Notting Hill Arts Club on the 3rd of March. Huge love to the guys at Communion and Maz for giving ‘Jean’ it’s first radio play on Radio X. I try to keep all my social media up to date with gig info so you’ll be able to find more information at @freddielongmusic.

Where do you hope to be in the next 12 months?

It would be great to have a full band set up so we can start sharing the live experience how we imagine it. The EP has a full sound and the day we get to play them live with a full setup I’ll be a happy man. But in general, I’m excited! I’ve only released one track and over the next 12 months, we’ve got plans to release much more, play more shows and create more songs. I can’t wait.

Freddie Long’s track Sinner is available to stream and download now. Watch a live performance of the track below: