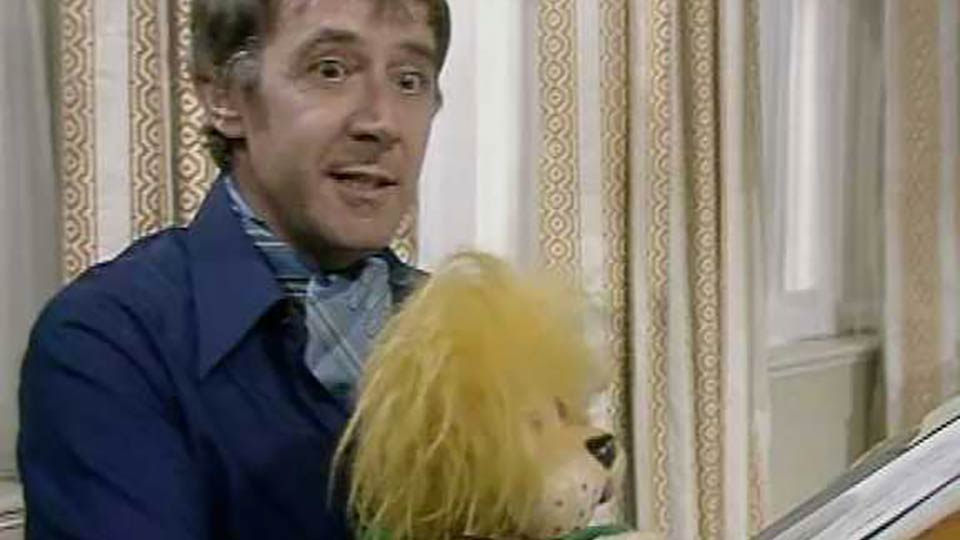 For more than twenty years Robert Gillespie was a well-known face on British television, recognised for his lasting contribution to television sitcom, especially in the golden age the 1960s, 70s and 80s.

Brian Cooke’s Keep It In The Family was written for him, and he played Dudley Rush, the cartoonist who could only work with a lion glove puppet on his hand.

There was Porridge (as the vicar in A Day Out), there was the gas man in Rising Damp, in a terrific scene with Leonard Rossiter, the long-suffering copper in Whatever Happened to the Likely Lads?, Mr Dent from the council in The Fall and Rise of Reginald Perrin and dozens more. From Up Pompeii to Dad’s Army via The Good Life and George & Mildred, Robert appeared in virtually all of the classic sitcoms still cherished by audiences today.

Then there were starring roles in cult TV shows such as Survivors (twice), The Avengers, The New Avengers, The Sweeney and The Professionals (twice). He featured alongside Robert Shaw in Force 10 to Navarone, and had a brush with Hammer Films in Frankenstein Must Be Destroyed.

Besides his illustrious career, Robert’s own life is fascinating. There’s the Hungarian connection—and if Adolf Hitler hadn’t interfered Robert might have been French!

There’s school and a first foot onto a stage, there’s the grand amateur society and its brilliant professional mentor. Robert’s hopes for RADA were stratospheric—the reality is as funny as it is sad.

At the start of his career in the 1950s, unexpectedly, unbelievably, came two years at the Old Vic. On stage with Richard Burton, Claire Bloom…

Joan Littlewood hired him. Robert describes how younger actors gasp when he tells them he worked for the great guru. Well… what he writes is an eye-opener.

There’s eccentric Bernard Miles, a cutlass fight with Errol Flynn’s double, and Spike Milligan as Ben Gunn. There is a fascinating description of West End star Peggy Ashcroft’s struggle to get to grips with modern theatre—driven on by a relentless George Devine, creator of the English Stage Company.

Robert Gillespie has celebrated his life and career in a stunning memoir called ‘Are You Going To Do That Little Jump’. From the cellar, from the attic — saved by a miracle —treasures have come to light, beautifully photographed by Paul Warrington to illustrate this rich addition to an ‘old actor telling tales’. The book is racy and it’s pacy—with a hint of more to come!

After the gig Robert will meet and greet the audience and will be signing copies of his book.

Find out more and book.