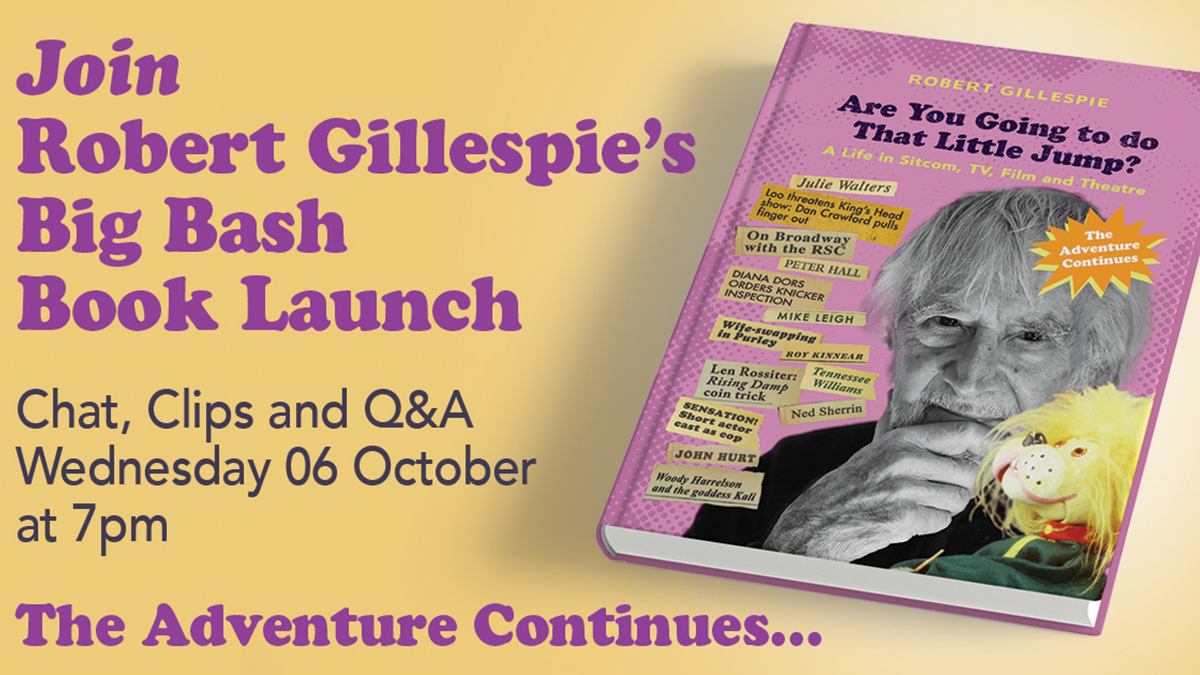 Join Robert Gillespie on Wednesday 6th October as he launches his new book ‘Are You Going to Do That Little Jump? The Adventure Continues’. The veteran actor will be discussing his memoirs, reacting to clips from career highlights in comedy and taking questions from audience members. The event is free to join on Zoom (Meeting ID: 889 9108 6190 Passcode: 275259) and takes place from 7pm to 7:45pm UK time. There’s no need to register, but if you wish to ask Robert a question during the Q&A then head over to the registration form.

The book will soon be available for pre-order – watch this space!

In 2017, Robert Gillespie launched the first part of his memoirs, ‘Are You Going to Do That Little Jump?’, which recounted his long career in the theatre. But Gillespie is best-known for his many appearances in Britain’s best-loved sitcoms from the golden age. From Dad’s Army to Rising Damp, Up Pompeii and The Good Life and plenty more, Gillespie was a well-known face on television, until the lead role in his own sitcom, ‘Keep it in the Family’, took him to the height of his fame in the early 1980s. That first book left readers with the promise of more stories to tell, as legendary writer David Croft was about to bring Robert into the sitcom world that would make him a household name…

Now you can hear first-hand where the story picks up. Join us on 6th October for a fun event as Robert Gillespie looks back over his long and illustrious career, and provides some actor’s reminiscences of what it was like making the shows that remain much-loved and part of the British psyche to this day!

See a clip of Robert in ‘Keep it in the Family’ below:

In this article:Are You Going to do That Little Jump, Featured, Robert Gillespie