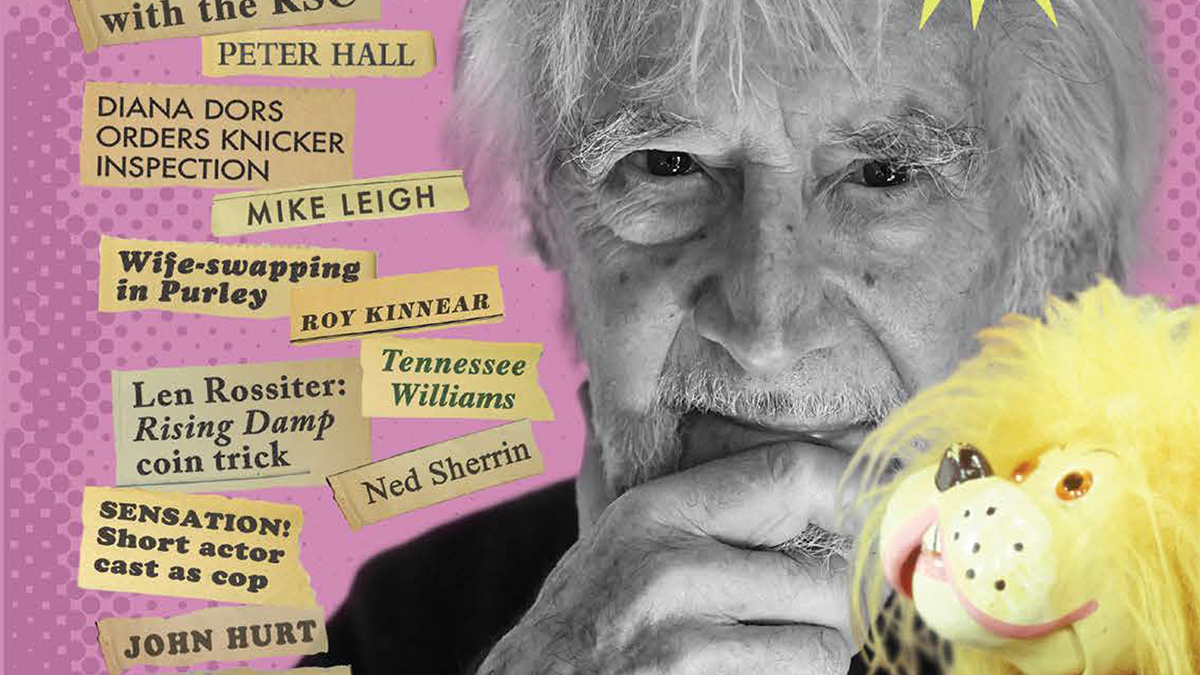 The first part of Robert Gillespie’s memoirs left the reader on the cusp of his big break into television, with the palpable sense that there were many more stories from his long and impressive career to tell.

We raved about his first book, published in 2017. ‘Are You Going to do That Little Jump‘ was a masterful theatrical autobiography, full of tales about those at the top of the showbiz totem pole, told with a combination of acerbic wit and keen analysis of theatre as a craft and acting as an art form. We embarked on ‘The Adventure Continues’ hoping for more well-told anecdotes, but including attention on the situation comedies that made Robert Gillespie a much-loved household name. We were not disappointed. The author has captured the same distinctive voice that made the first volume such a joy, carrying readers into the worlds of theatre, television and film with conversational familiarity. Never, though, does he lose sight of the need to keep the stories insightful and entertaining: the prose positively sparkles.

You’ll find in these pages lively reflections of Gillespie’s lengthy career surviving and thriving in a notoriously precarious and difficult to break into profession. Any young person serious about making it as an actor would learn a lot from the book. Behind the anecdotes and the insider insights on the worlds of theatre and screens large and small lies an intelligence that allows for cool-headed analysis of his work.

Whilst thriving as an actor in situation comedy, Gillespie was also directing a lot of theatre. The author reflects on his time staging shows in places as diverse as London, Dublin and Israel, as well as undertaking an American tour as part of the Royal Shakespeare Company that he describes as ‘actor paradise’. Gillespie gets under the skin of the various cultures, learning the hard way about Tony Doyle’s sense of humour when he trusted his Dublin hotel recommendation, and learning how to get the best out of his cast in Tel Aviv when they spoke little English and the author no Hebrew at all. Peppered throughout are professional encounters with actors of the calibre of John Hurt and Julie Walters.

These additional layers of perspective about the industry raise Robert Gillespie’s memoirs above your standard showbiz books. This one belongs in that rare pantheon of actorly autobiographies for not offering a string of name-dropping or salacious stories, but an account that is rounded, funny, encouraging and astute . Gillespie has an exceptional skill for engaging the reader and offering a unique take on his profession.

The book is a treasure trove of memories, especially for readers with a keen interest in theatre and TV history. Perhaps one of the less well-known facts that emerges is that Gillespie largely wrote the highly controversial ‘A Consumer’s Guide to Religion’ sketch for ‘That Was the Week That Was’ that was delivered with aplomb by David Frost. It caused an uproar at the time and slipped into TV folklore. How it all came about is included in a chapter on writing, deliciously titled, ‘Wrong! Chimpanzees Can’t Do This!’

Of course, ‘Are You Going to do That Little Jump: The Adventure Continues’ fulfils its promise of letting the reader in on the main reason Robert Gillespie became a much-loved face on television – his time in sitcoms. These aren’t just any old sitcoms, either, but the ones that people still love to revisit half a century or so after they were made. ‘Golden ages’ are generally the stuff of mythology, but the 1960s to 80s truly was the most remarkably inventive period for the British sitcom, and Gillespie appeared in virtually all of them. There’s a fantastic account of working with Leonard Rossiter in ‘Rising Damp’, which defends the late actor’s integrity from suggestions he was ‘difficult’. Then there’s the time Harry Worth tried to get the director to change Gillespie’s performance – and how he navigated that predicament. Contrasting reminiscences of different sitcom stars afford the stories honesty and authenticity.

All of this leads up to how Gillespie landed his own leading part, playing manic cartoonist Dudley Rush in writer Brian Cooke’s ‘Keep It In the Family’. For this selling point, Gillespie writes with surprising candour about his time on the show, offering fans rarities such as a designer’s sketch of the Rush living room and the opening pages of script from an episode to demonstrate a scintillating exchange between Dudley and his wife Muriel (played by Pauline Yates). There are no rose-tinted spectacles in evidence when Gillespie recounts what he perceives as the decline in quality of the show after Brian Cooke left for America. Readers may take the point, but the lasting joy of sitcoms you take to heart is spending time in the company of characters you’ve grown to love. Even a below-par episode can be enjoyed for the warm glow of nostalgia, familiarity and fun.

The book covers a lot of ground over two hundred and sixty pages, and it is split neatly into distinct sections. Cult TV fans can will find references to their favourite shows, though as the author forthrightly admits, reminiscences are sketchy on a few! We are brought up to date with Gillespie’s recent work in Jimmy McGovern’s ‘Broken’, and on the big screen for Woody Harrelson’s ‘Lost in London’ and Mike Leigh’s ‘Peterloo’. There’s also an account of his more recent directorial work. It’s Gillespie’s passion for the theatre that shines throughout the book, with many roads returning to the stage. Jobbing actors will relish the sections on repertory, though Gillespie has a unique take on its merits and pitfalls. The final chapter is a moving paean to theatre, and a satisfaction of what he perceives as its blossoming in recent years.

Delightfully, a timeline of events is included at the back of the book. Where IMDB limits itself to screen credits, this handy curriculum vitae includes theatre. It’s a neat snapshot of a rich, busy and varied career. The text is beautifully complemented by some exceptional design work that accentuates the subject matter with publicity photos, theatre posters, screen captures and other memorabilia maintained in the course of a fascinating career.

Overall, ‘Are You Going to do That Little Jump: The Adventure Continues’ is a must-read not just for fans of Gillespie’s work, but for anyone with a love of acting, theatre and situation comedy. It combines a quick wit with keen observation, offering effervescent tales on the golden age of sitcom from one of its key players.

Robert Gillespie is holding a free online book launch with audience Q&A to talk about the book and his career on Wednesday 6th October at 7pm UK time. Register to ask a question.

Publisher: Jane Nightwork Productions Publication date: 6th October 2021 Buy ‘Are You Going to do That Little Jump: The Adventure Continues’

Advertisement. Scroll to continue reading.
In this article:Are You Going to do That Little Jump, Featured, Robert Gillespie, situation comedy