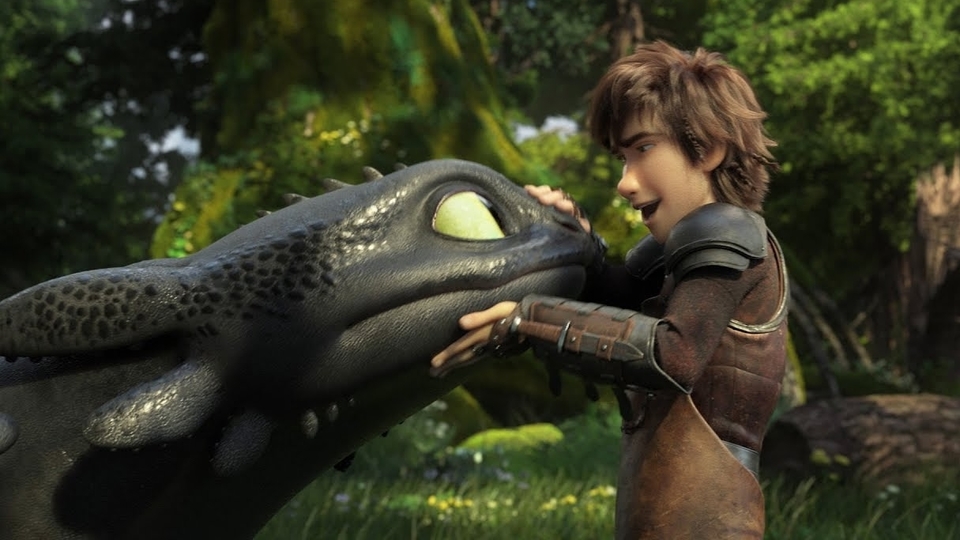 We bid a fond farewell to this fantastic series of animated family movies, with this chapter acting as a fitting end to the trilogy. How To Train Your Dragon has delivered a lot of emotionally charged adventure for almost a decade now, and this third film brings with it lots of heart and plenty of laughs, making sure that it will entertain the whole family.

Toothless and Hiccup (Jay Baruchel) encounter another Night Fury dragon which leaves Toothless a little smitten. Elsewhere, their endeavours to save all of the dragons hits a snag as a new foe named Grimmel (F. Murray Abraham) enters the arena, and is looking to bag himself a Night Fury.

Jay Baruchel and America Ferrera do a great job leading the film. Kristen Wiig once again steals the movie as Ruffnut Thorston and is at the centre of every good comedy sequence. A segment where she is being held prisoner but is annoying her captors is truly hilarious.

Solid support comes from Cate Blanchett, Gerard Butler, Jonah Hill and Kit Harington. Acting legend F. Murray Abraham commands the screen whenever Grimmel appears and he delivers a really interesting villain. He has all of the dastardly traits you could hope for, but Abraham also manages to find the humour too, and delivers a rounded character that helps the narrative out immensely.

The whole movie looks stunning from start to finish. If this is the end, it certainly exits on a high. The animation has always been glorious, and the narrative gives the filmmakers a really broad palette to draw from. Colours are used startlingly well, especially when ‘The Hidden Kingdom’ is finally revealed. And I for one will never tire of seeing Toothless play catch with Hiccup’s fake leg. I think I will miss this the most, and how perfectly the animators have managed to capture the relationship between Toothless and Hiccup.

If there is a gripe, it’s that the film marketing campaign uses a few images that I personally would have preferred to have been kept a secret. The finale is really emotionally charged but during it I was conscious of the publicity stills and poster I’d seen before, and I’d have preferred for the final sequence to have played out without any teasers or prompts.

It doesn’t have the gravitas of Toy Story 3’s finale, but there was something quite fitting about how this movie ended – keeping it in line with what’s come before, whilst growing up a bit with its audience to take them on a 10 year journey. And bring some tissues because the final scene is a real tear-jerker. How To Train Your Dragon: The Hidden World is a satisfying conclusion to the story, but as Toy Story 4 proves, you can’t keep a good (lucrative) franchise down for too long. I wouldn’t be surprised if this universe is revisited in some way, shape or form in the not too distant future. It’s too good to end here.