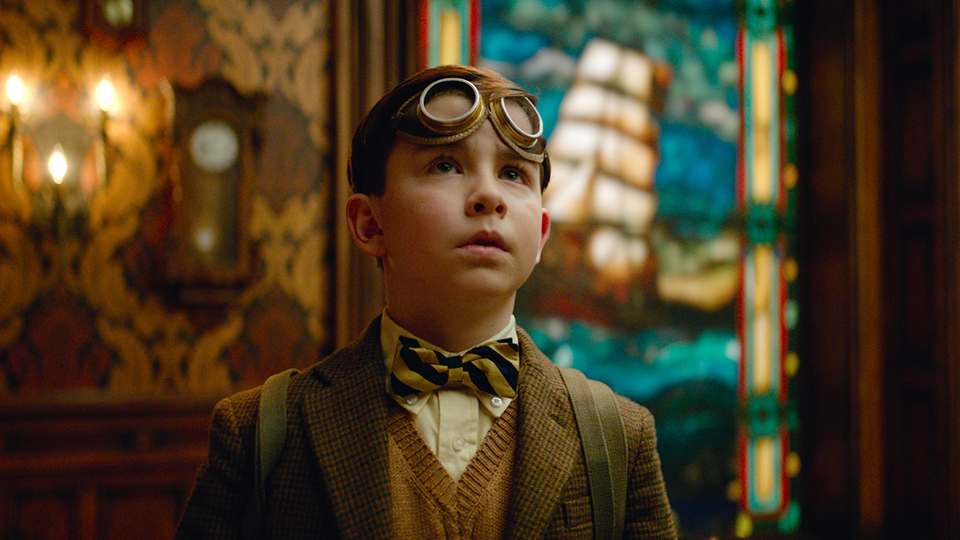 10-year-old Lewis Barnavelt (Owen Vaccaro) moves in with his uncle Jonathan (Jack Black) after his parents are killed in a car crash. With his Magic 8 Ball given to him by his parents and a few belongings, Lewis tries to adjust to his new surroundings but is unnerved by Jonathan’s kooky neighbour Florence Zimmerman (Cate Blanchett) and the odd sounds he hears in the house during the night. Lewis learns that Jonathan and Florence are a warlock and a witch respectively, and that they are trying to locate a clock hidden within the houses walls by its previous tenants Isaac (Kyle McLachlan) and Selena (Renée Elise Goldsberry) Izard, who were also magical. The clock possesses the power to end the world so Lewis assists his uncle while teaching himself magic.

The House With a Clock in Its Walls is based on the novel by John Bellairs. With a script by Supernatural creator Eric Kripke and horror maestro Eli Roth (Hostel) on board as director, my hopes were high for the film. It’s fair to say the film has a lot going for it and the premise is definitely an intriguing one. The setup doesn’t take too much time and there are some decent jump scares that are sure to frighten younger viewers, which is exactly what you’d expect from something directed by Roth.

Once Lewis starts to discover the magical things going on in the house, the film relies too heavily on CGI, which for me was more of a distraction than anything else. I couldn’t help but think how much better the film would have looked if practical effects had been used rather than CGI. The house’s colourful characters and creatures will definitely keep kids entertained but adults may start to lose interest, as I did, the further the film progresses.

Cate Blanchett and Jack Black have fun as Florence and Jack respectively. They create a good chemistry that sees them bickering like an old married couple but also pulling together when needed. The film is a strange choice for Blanchett but for Black it’s the kind of thing that’s most certainly in his wheelhouse. The star of the film is Owen Vaccaro who holds things together and is likely the character the audience will get behind. Kyle McLachlan has plenty of fun as the villainous Isaac but you don’t get the impression he’s particularly stretching him in the role.

The Blu-ray edition is packed with special features. There are a wealth of featurettes taking you behind-the-scenes of the movie along with a couple focusing on Jack Black. There are deleted scenes and a gag reel and an informative feature commentary from Roth and Black.

The House With a Clock in Its Walls is entertaining enough but it doesn ‘t live up to the promise of the talent behind it. Kids will watch it happily but there’s not a great deal going on for adults. With Roth and Kripke involved, I expected something a little edgier but this is a very pedestrian, old-fashioned tale that keeps the horror to a minimum and opts for too much CGI instead.