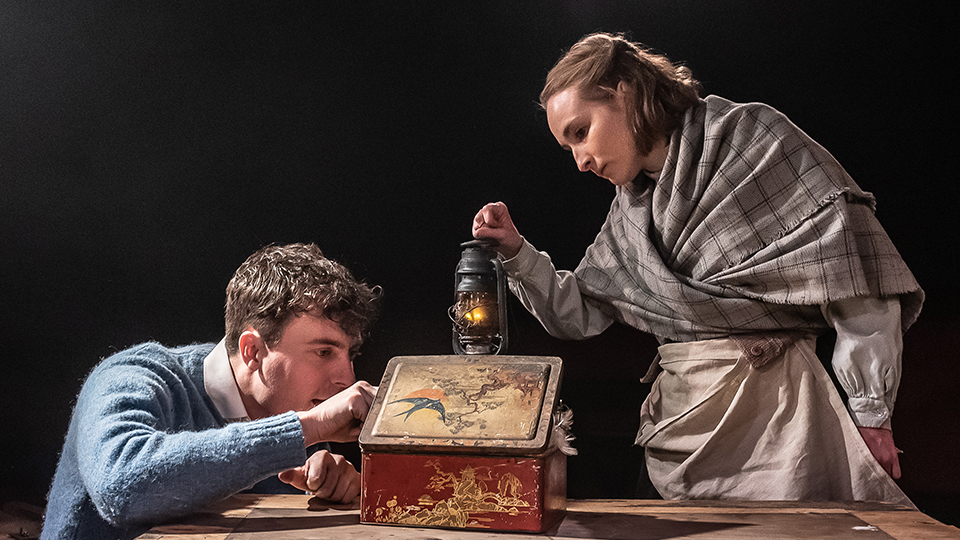 Clambering over rocks and moss to slide into your pew at King’s Head Theatre, it’s difficult to imagine that soon you’ll be transported to the eve of World War II. It’s 1939, and two young ornithologists have been sent to conduct a study of birds on lonely Outlying Island – a wild Scottish haven of nature, shrouded in mystery. Working for the elusive ‘Ministry’, the boys soon discover that they’re part of something much bigger, and much more sinister.

The play gets off to a slow start, despite a large wooden door crashing to the ground on two of our actors. There are nice touches with lilting Scottish music, and distant cries of birds lingering overhead while we get to know two out of our four protagonists, but the dialogue drags.

There’s a charming relationship between researchers Robert (Tom Machell) and John (Jack McMillan) as they talk excitedly about the untouched wonderland of Outlying Island, teeming with only birds and sheep. That’s until the remote island’s owner Kirk (Ken Drury) storms in and taints the poetic set with talk of money and business – in a rather questionable Scottish accent. You feel for his niece, Ellen (Rose Wardlaw) though, who is criticised for dreaming of a life beyond the bubbling shores of this isolated place.

It’s easy to hate Kirk as he flails around drunkenly, threatening to defecate in the corner, while he insists he wants to rid the Hebridean island from his life forever. ‘This island has no soul,’ he shouts angrily. It takes an awkward chunk of dialogue, and a few bottles of whisky, to get to the real reason why the boys have been sent to Outlying Island.

As Robert and John discover, Outlying Island is to be a bomb-testing site in preparation for the looming war. They hatch a plan to obliterate Kirk in the same way that their precious birds will be soon wiped out with Anthrax. In fact, most of the first half is spent observing a dead body on the floor.

After only four days on the island (despite the slow passing of time) the characters form a problematic triangle, with all senses of the mainland and humanity a lifetime away. Rather like their birds, the protagonists become animals themselves and fall prey to deceit, passion and pressures of life. As Robert himself says of his winged creatures, ‘They fly at sea for two days so gracefully, yet they land with a crash and start attacking each other’.

Each of the characters in David Greig’s Outlying Islands discover that all things must come to an end – whether that be friendship, love, or even life. Except, rather than to crashing onto the scene, the play feels rather like a bird lost at sea – drifting. 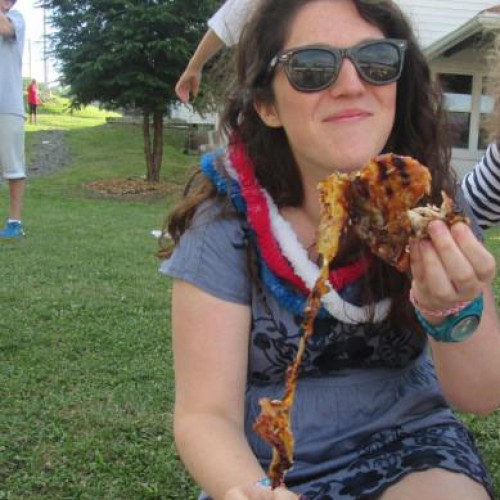