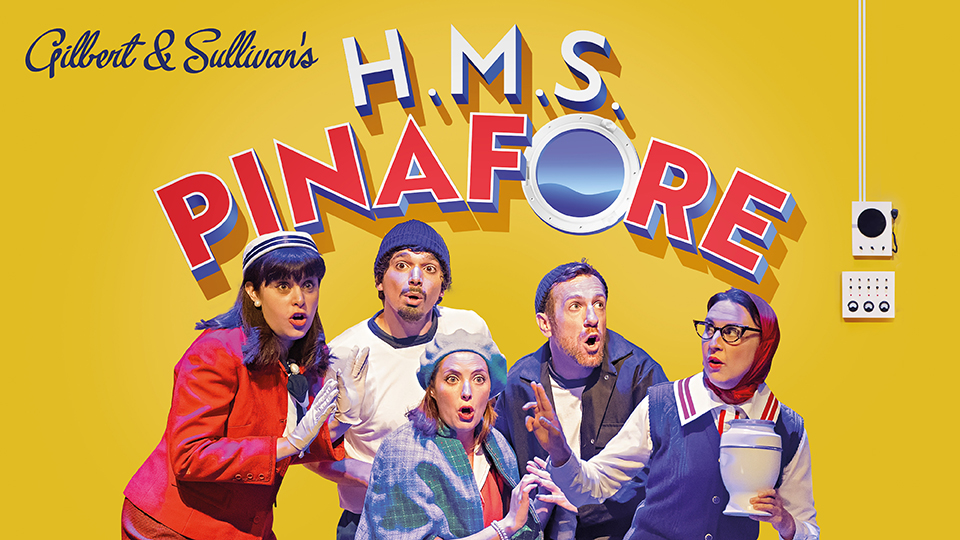 H.M.S. Pinafore is set on board a strictly hierarchical naval ship and satirises the rigid British class system. Josephine, the Captain’s daughter has fallen in love with a lowly sailor, Ralph Rackstraw, despite being promised to the First Lord of the Admiralty.

Featuring some of Sullivan’s best loved music, including ‘I am the Monarch of the sea’ and ‘He is an Englishman,’ audiences can expect an evening of rollicking choruses and tender tunes imbued with unique wit and infectious energy in a show suitable for all ages, that harks back to the golden age of technicolour.

Director John Savournin said ‘I’m delighted to bring our visually explosive and playfully joyous production of H.M.S. Pinafore, in our 10th Gilbert & Sullivan season, to King’s Head Theatre. In an age where British class divisions seem more entrenched than ever, Gilbert & Sullivan’s witty satire is not only superb entertainment, it’s incredibly relevant to the times in which we live.’