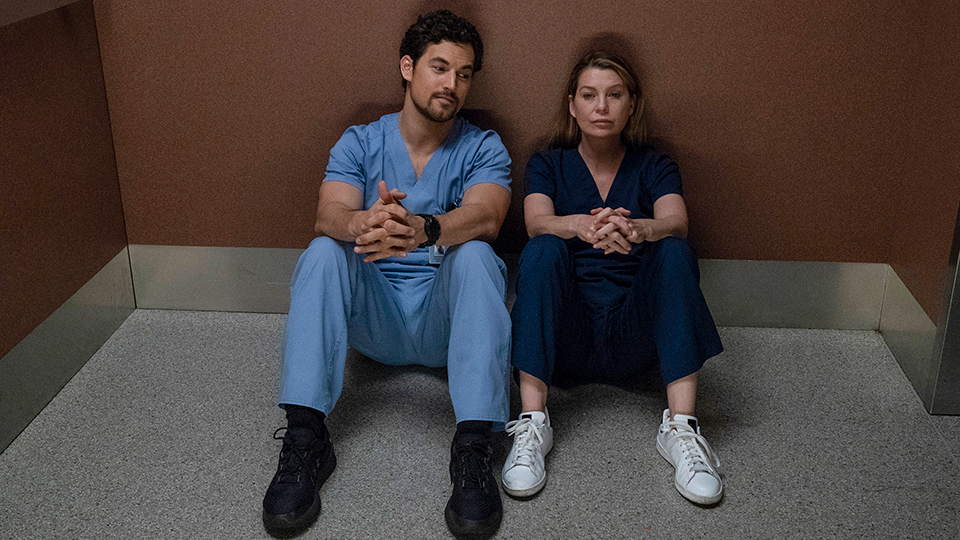 Grey’s Anatomy ended its mid-season finale on an almighty cliffhanger and it’s almost time to find out what the resolution is.

With a storm raging in Seattle, the doctors found themselves trapped in the elevators at Grey Sloan with the life of match-maker patient Cece (Caroline Clay) hanging in the balance. Not only that but Meredith (Ellen Pompeo) was trapped with DeLuca (Giacomo Gianniotti) after he revealed his feelings for her.

As awkward as that scenario is, it wasn’t as bad as Amelia (Caterina Scorsone), Owen (Kevin McKidd) and Teddy (Kim Raver) getting trapped together as Teddy’s baby secret was finally revealed.

Meanwhile Nico (Alex Landi) and Levi (Jake Borelli) had an argument but ended up trapped in an ambulance together. They couldn’t control their feelings for one another any longer and ended up having sex.

You can find out how we think season 15 is doing by reading our Grey’s Anatomy health check.

The mid-season premiere is Shelter From the Storm. The windstorm continues to blow through Seattle; and after the power goes out at Grey Sloan, the doctors are left scrambling to save their patients’ lives, including Meredith who desperately needs to get to Cece for her heart transplant. Meanwhile, Owen, Amelia and Teddy confront their complicated situation.

Grey’s Anatomy returns to ABC in the US on Thursday 17th January 2019 at 8/7c and on Sky Witness HD in the UK on Wednesday 6th February at 9pm. Preview the episode with our gallery below: