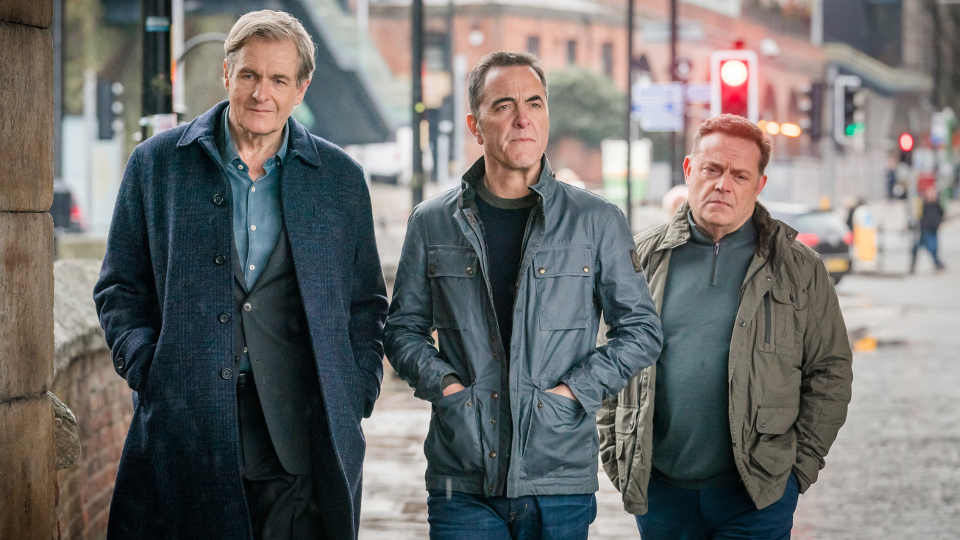 The season 8 premiere of Cold Feet began with a wedding for Ramona (Jacey Sallés) but things didn’t stay happy for long.

Adam (James Nesbitt) was his normal flirty self but started to question if he’d lost his mojo. Things looked promising when he met a young barista named Gemma (Tara Gouveia). He tried to set up a double date with his son Matt (Ceallach Spellman) and his new girlfriend. Gemma knocked him back because she was seeing someone and then it turned out that she was actually with Matt.

Meanwhile things seemed better than ever between Pete (John Thomson) and Jenny (Fay Ripley). That was until she suspected she was pregnant or starting the menopause. Pete was convinced she was pregnant but a visit to the doctor revealed a breast lump that could be cancer. How long will she keep it to herself?

David (Robert Bathurst) and Nikki (Siobhan Finneran) are now living together but had been struggling for money. When Nikki’s divorce settlement finally came through things looked a lot brighter but David was too proud to accept her cash. That was until he took a stand at his minimum wage call centre job over not getting a bonus and quit.

Karen (Hermione Norris) was shocked when Josh (Callum Woodhouse) revealed he had dropped out of Uni. She felt it best to keep it from David and she was right. When he did find out he ordered Josh back to Uni. Josh stood his ground and decided to go to Spain with Ramona.

Elsewhere in the episode, Pete, Adam and David rescued a man named Evan (Danny Morgan) who had jumped into the canal. Pete finally got to use his first-aid training with the help of the Bee Gees ‘Stayin’ Alive’. Pete later visited Evan in hospital but he wasn’t grateful for being saved.

At the end of the episode, Matt and Karen gave Adam some hurtful home truths. Will he take their advice and start acting his age?

Can’t wait for the next episode? Read our Cold Feet series 8 episode 2 preview.