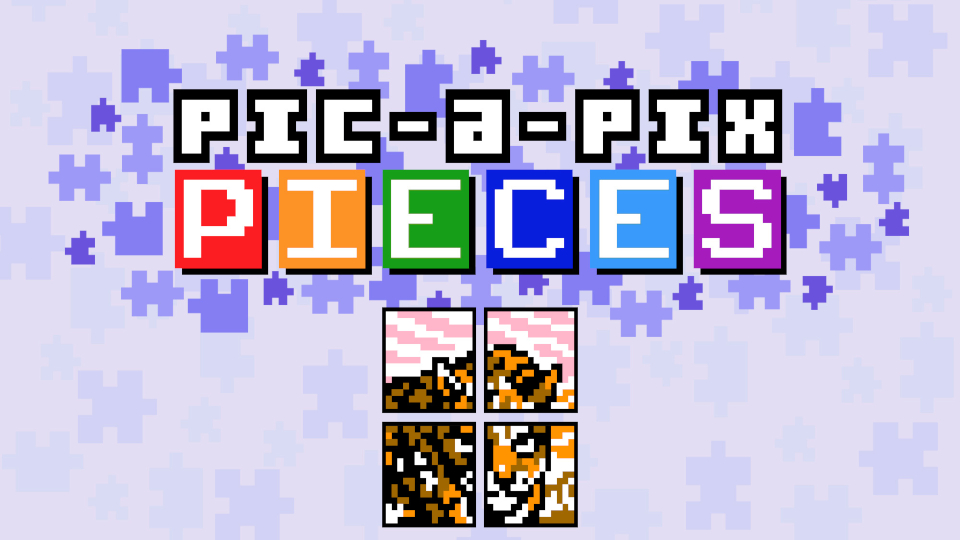 In Pic-a-Pix Pieces larger pictures have been broken down into smaller puzzle grids that need to be solved individually to reveal the full picture. As with the previous release Pic-a-Pix Deluxe, Pic-a-Pix Pieces still includes all of the key features including touch screen controls, co-op play for up to 4 players and a colour blind play mode.

Lightwood Games will continue to support both Pic-a-Pix Pieces and Pic-a-Pix Deluxe on Nintendo Switch, with new monthly DLC puzzle packs throughout 2019. In January we will see the release of Classic Puzzles 13 and Giant Puzzles 7 for Pic-a-Pix Deluxe bringing the total available puzzles to over 2500.

Both Pic-a-Pix Pieces and Deluxe are available now in the Nintendo eShop.