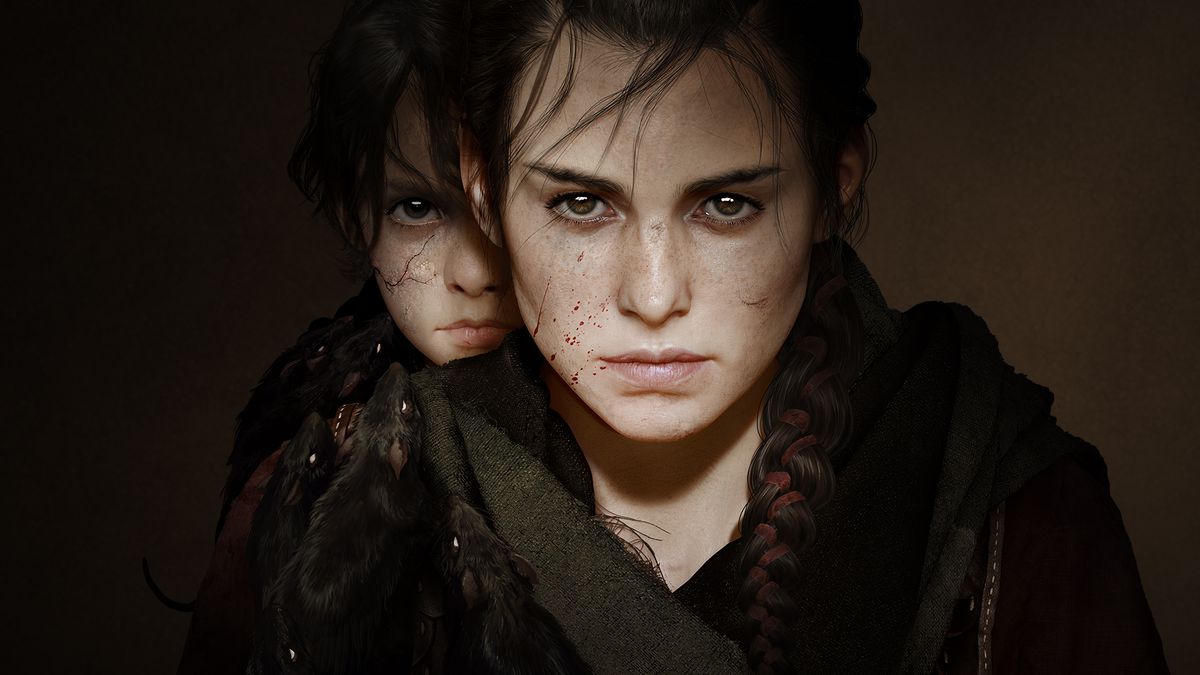 When Asobo revealed the trailer for A Plague Tale: Innocence, I (and everyone) said “Who?”. Turns out they’re a support dev who worked on Disney titles, talk about a switch up! The biggest surprise was that the game ended up being one of the best of the generation. With a great series behind them and the latest version of Microsoft Flight Simulator going gang-busters, the world is Asobo’s oyster. A Plague Tale: Requiem was easily at the top of my most anticipated list. Whoo I’m excited! Let’s review this bad boy!

Be warned, spoilers for the first title, A Plague Tale: Innocence.

Following nearly a year after the events of the first game, Amicia, Hugo, Beatrice and Lucas are enjoying a long spate of peace. They travel to the city of Provence, in effort to find a cure for the Macula, which is still infecting Hugo. Beatrice has contacted an organisation of alchemists known as The Order, to study and treat Hugo. Unfortunately, the process goes wrong and the rats lay waste to Provence. On their journey to safety, Amicia and Beatrice fail to reach a consensus on how to help Hugo. Hugo tells Amicia of an island that he has been dreaming of, sure to house a cure, so Amicia and Hugo part ways with the others to find this mysterious island.

The game starts on a high note and despite a few tribulations, things seem okay. Amicia is dubious of her mother’s decisions and after one too many setbacks, she starts to snap. She rages at people in her way and in one instance, has a nasty bout of bloodlust. The game does an excellent job portraying Amicia’s descent into violence and the game doesn’t shy away from dealing Amicia severe consequences for her actions. As her rage increases, Hugo’s fear and eventual bloodlust increases too, problem being that the Macula summons a plague of rats to the area. The bulk of the game has this dance between the two characters as they try to find this island and keep their secret safe from prying eyes. When they arrive at the island their curiosity brings death to its inhabitants and they must deal with the fallout of that.

So, this game has strange pacing to say the least. At least 70% of this game is filler. While the game is confident in this choice, there’s a strong sense of meandering and repetition that, at times, can be quite dull. The game being filler isn’t a problem as such, it’s a sequel after all and this filler does an wonderful job giving more depth to its characters but I couldn’t help the feeling that I was on a giant side quest. All these inconsequential moments can be beautiful, but also frustrating. One awful boss sequence is aggravating and once you suffer through it…turns out it meant absolutely nothing. The game has a desire to make what should be cutscenes, playable. Your mileage may vary, but for me, the pacing really hurt the game. Thankfully, the final two chapters make the previous few worth the effort, as the game wraps up with a sombre and unforgettable climax.

As far as gameplay goes, not much has changed. The focus on stealth is alive and well and there’s a few quality of life upgrades that make crafting far smoother. The biggest change is the fact Amicia has an unlimited supply of rocks making combat much more accessible. There’s not much new in the way of craft-able weapons but a crossbow and knife offer up one hit kill options. Both of these are extremely limited and are mostly used as a last resort. Amicia is far more capable in combat and Asobo aren’t taking that lightly. To keep the tension, the combat zones are larger than the first game and the mix of enemies ensure you can’t rampage around too much, you still have to be very careful. I like this change, the first game had a very ‘this is the solution’ system and there’s more fluidity here, you can bypass or engage enemies, you just have to be careful.

Of course humans aren’t the only threat, the rats are back! Well, kind of. Hugo’s ability to control the rats comes at a big drawback. There’s only a few instances throughout the whole game where rats are present, it makes sense narratively but takes a big chunk out of what makes this series so special. The few sequences where rats are present, are the best moments in the game but I just wished there was more of them.

Visually, the game is a significant jump over the first title. Literally everything looks better and that comes at a cost. The Xbox Series X version really struggles at 1440/30FPS, switching to PC and getting a solid 4K/60 also shows that there’s plenty of visual downgrades for consoles too. Like the last game, the voice-work is outstanding. Charlotte McBurney is simply astonishing as Amicia and should grab every award for her performance and Logan Hannan steps up with Hugo to an incredible degree. The soundtrack also compliments the last game beautifully, with its strings led arrangement.

I may be coming off as harsh, but make no mistake. This is an awesome game. I love what Asobo are doing and there is clear love put into this game and it shows. People need to be aware of the meandering story because it’s not going to work for everyone. It has a pace similar to The Last of Us Part II and that slow burn is divisive. On a gameplay front, it’s still great stuff but the absence of rats really hurts the game flow. Asobo are evolving as a studio and it’s lovely to see. As a companion piece to Innocence, Requiem is required playing and those with a passing enjoyment of the last game, should find a lot to like here.