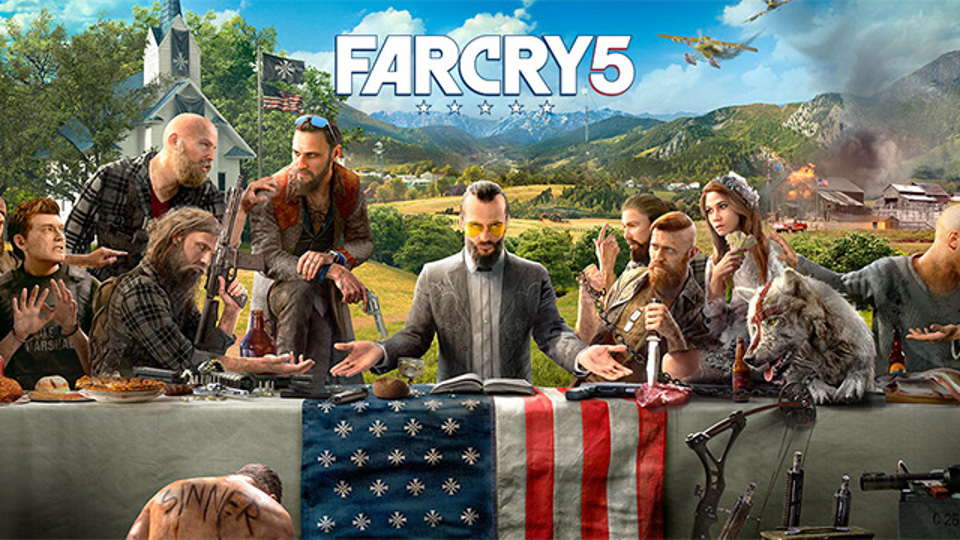 Apparently, I’m not allowed to put Silent Hill 2 as Game of the Year for every year, so I’m forced to play at least 10 new games a year. Below are my picks for 2018.

First, let’s start off with a couple of honourable mentions:

Level-5 have been knocking it out of the park release after release and the follow up to 2013’s Wrath of the White Witch is no exception. It still retains the Studio Ghibli inspiration and looks incredible. The change to a real time battle system is smooth and the story is a cute and spirit raising good time. It may be bogged down with a bit of grinding and lose focus towards the end but there is hours and hours of magic to enjoy.

Surprisingly, trading exotic locations for an American one worked perfectly for Far Cry 5. The world is stunning and the focus on environmental storytelling was brilliant. An interesting story is punctuated by yet another great Far Cry villain. Of course the gameplay is as smooth as ever and there is plenty of patented Ubisoft open world chaos to keep you going. It’s gets a little stale after extended play and the DLC is poor but the core of the game remains great.

8. Shadow of the Tomb Raider

Lara Croft returns for her final outing and this time the game has a nice mix of modern and classic Tomb Raider thrown in the pot, satisfying all fans. Lara has some great character development and the story has real stakes. A good supporting cast and the great gameplay loop we’ve come to love make Shadow of the Tomb Raider is a fitting finale.

Read our Shadow of the Tomb Raider review

David Cage has a lot to prove with his pretentious titles. Thankfully, Detroit: Become Human is a great time. Boasting some truly jaw dropping visuals, the game is backed with a solid story that flows beautifully. It may be heavy handed but the story is worth your time.

Warhorse Studios promised a realistic, non-fantasy based, RPG. It took them a while but the final product is a deep and immersive title. The story is gripping and the world really drags you in. There is a lot of ways to mould your character and plenty of game to keep you invested. It can be overwhelming but the full package is fantastic.

The Dragon of Dojima returns for his final chapter in a deep and powerful story, that pays off in spades. It still has the insane side content we’ve all come to expect from the series, balancing drama and comedy beautifully. It amazes me how this series can reuse the same map several times and always deliver a perfect beat em up. Fans of Double Dragon, Streets of Rage and Final Fight will be at home here.

This Friendly Neighbour certainly has had a great year hasn’t he? Developed by the incredibly talented Insomniac Games, there was real excitement for their iteration of the hero. Wisely avoiding many of the trappings of the familiar hero, Insomniac really delivered a deep story here. It has the feel of a Marvel movie that translates perfectly into a video game. Since this is a video game Insomniac knew it had to play well and it certainly does. Web swinging has never been better and the combat is a great off-shoot of the Arkham series.

3. Shadow of the Colossus

It remains to be of the of very best video games of all time. Sorry Dark Souls: Remastered, this port of a port earns it’s place. The story hits hard and moves towards an unforgettable finale. There are only sixteen enemies in the game but they are perfect adversaries that require a lot of patience and skill to defeat. The remaster is beautiful and on a PS4 Pro it has to be seen to be believed.

Rockstar bring us a sequel to their best title and yet again, create a phenomenal world. It’s the most beautiful game world ever created, filled to the brim with content that all feels natural. Arthur Morgan is a great protagonist and even though you are doing awful things, the spirit of family rings throughout the entire game. Rockstar are an unstoppable force and it’s because of the excellent titles they continue to release.

God of War has cemented itself as the king of over the top action. Its hero, Kratos, was an awful person but we loved watching him kill big things and get his revenge against the Gods. This sequel brings something truly beautiful to a series known for ugliness. It turns a one note character into someone we really care about. The entire game is an escort mission and like The Last of Us before it, I wouldn’t have it any other way. The story is touching and leaves you screaming for more and the combat makes you desire for the next encounter. It’s a slam dunk and another notch in Sony’s belt.

Read our God of War review