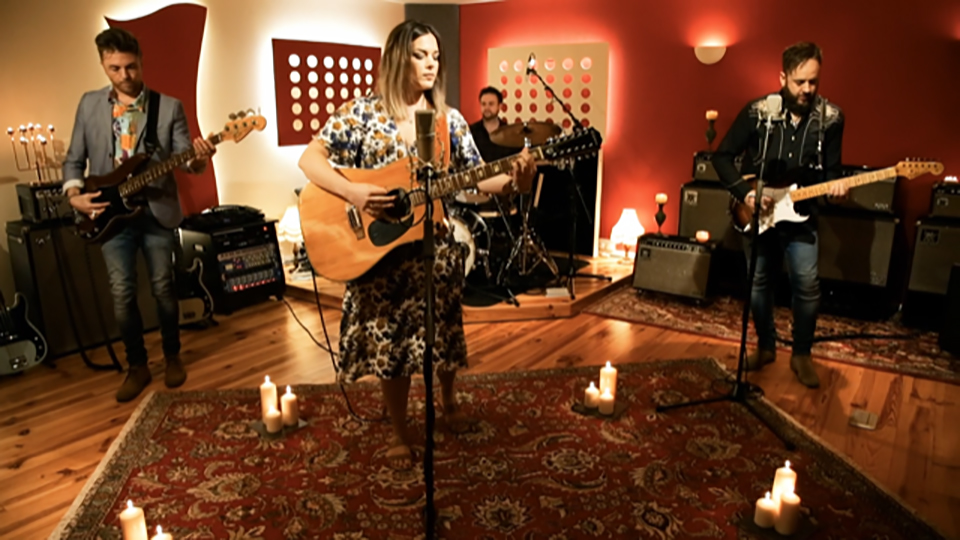 Gasoline & Matches released their new single Tequila’s a Healer on Christmas Eve and they’re kicking off 2019 by premiering the music video here on EF Country.

The final release from their self-titled debut EP, Tequila’s a Healer reminisces about loved ones lost and the little things that remind you of them. The video sees the band performing the track in a studio and taking shots of tequila while memories flash up as photos.

You can watch it below…

Tequila’s a Healer was produced by Gavin Monaghan, which was recorded on a 40 year old Epiphone 12-String acquired in the Mojave Desert. It’s rumoured to have belonged to Willie Nelson’s late stage manager Poodie Locke.

Talking about the track Sally Rea Morris, one half of the duo, says, “We all lose someone we love, and there’s always those things that remind you of them. It’s those memories that keep them alive in your heart and I hope this song helps remind you of that.”

Gasoline & Matches ended 2018 on a high by being named Duo of the Year at The British CMA Awards.

Tequila’s a Healer is available to download and stream now.

Advertisement. Scroll to continue reading.
In this article:Gasoline & Matches