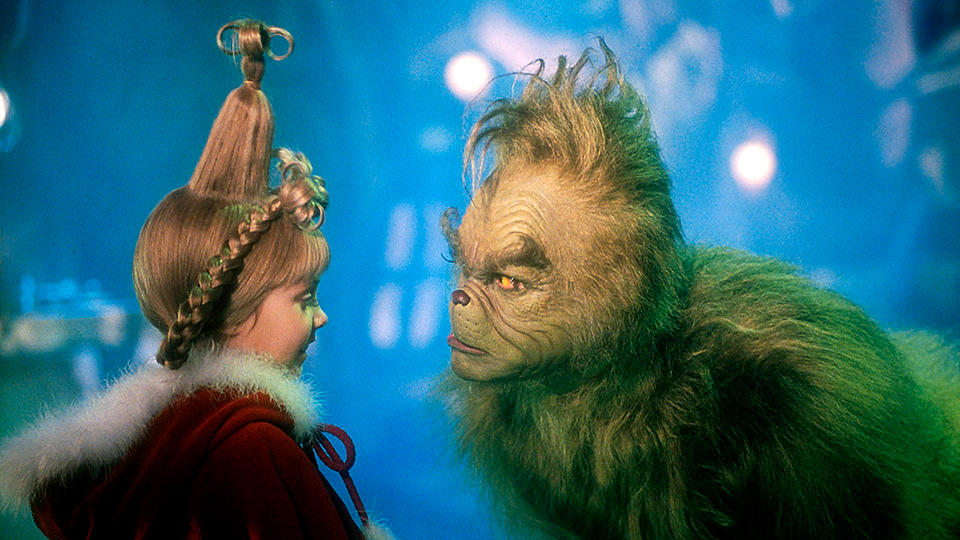 It’s the final day of our Christmas Movies A to Z and we’re going with the Zany Jim Carrey movie How the Grinch Stole Christmas.

The 2000 film stars Carrey in the titular role opposite a very young Taylor Momsen (Gossip Girl) as Cindy Lou Who. The cast also includes Christine Baranski (The Good Fight), Jeffrey Tambor (Arrested Development) and Anthony Hopkins (The Silence of the Lambs).

A very colourful and cartoonish retelling of Dr Seuss’ classic story, How the Grinch Stole Christmas is huge fun for the whole family. It’s funny, sentimental and full of Christmas spirit.

The Grinch lives just outside the chirpy town of Whoville and is determined to steal and ruin Christmas. He loathes the holiday so much, he wants to spoil it for everyone else but Whoville resident Cindy Lou Who (Momsen) befriends him and tries to change his mind.

Buy How the Grinch Stole Christmas.

That’s all for our Christmas Movies A to Z. We hope we’ve helped you uncover some classic films!

In this article:Christmas Movies A to Z, How The Grinch Stole Christmas, The Grinch