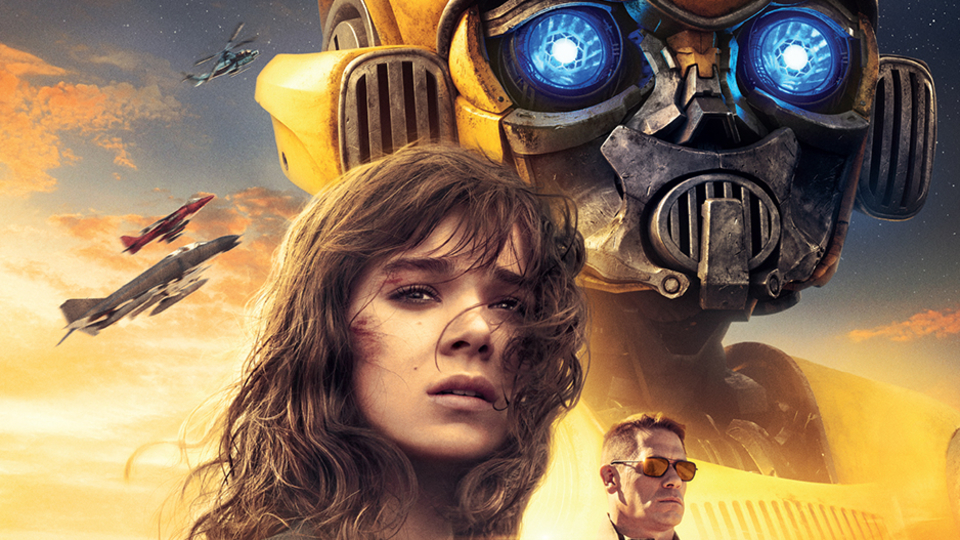 Bumblebee, the brand new Transformers movie has opened in cinemas across the land today, so to celebrate here are two brilliant new clips from the film.

The first clip finds Jorge Lendeborg Jr.’s character Memo being introduced to Bumblebee for the first time and the second clip finds Hailee Steinfeld in hot pursuit of Bee after her mum takes him without her knowledge!

Check out our full review of Bumblebee here.

This prequel looks at what happened to Bumblebee in the early years, but is very much its own movie that sets up an exciting new era for the Transformers on the big screen.

On the run in the year 1987, Bumblebee finds refuge in a junkyard in a small Californian beach town. Charlie (Hailee Steinfeld) is a teenager on the cusp of turning 18, and who is trying to find her place in the world. She discovers Bumblebee, battle-scarred and broken. When Charlie revives him, she quickly learns that this is no ordinary, yellow VW bug.

Check out 10 reasons why Bumblebee is the best live-action Transformers movie.

Travis Knight steps into the director’s chair, having previously directed the critically-acclaimed Kubo and the Two Strings and having worked as lead-animator on Laika films ParaNorman, The Boxtrolls and Coraline.

Bumblebee is written by Christina Hodson, who brings a fresh new vision to the Transformers universe, and who has crafted a wonderful family movie. Together with Travis Knight, Bumblebee is a 80s movie homage with brilliant action set pieces and plenty of excellent 80s tunes.

Check out the latest Bumblebee trailer below;