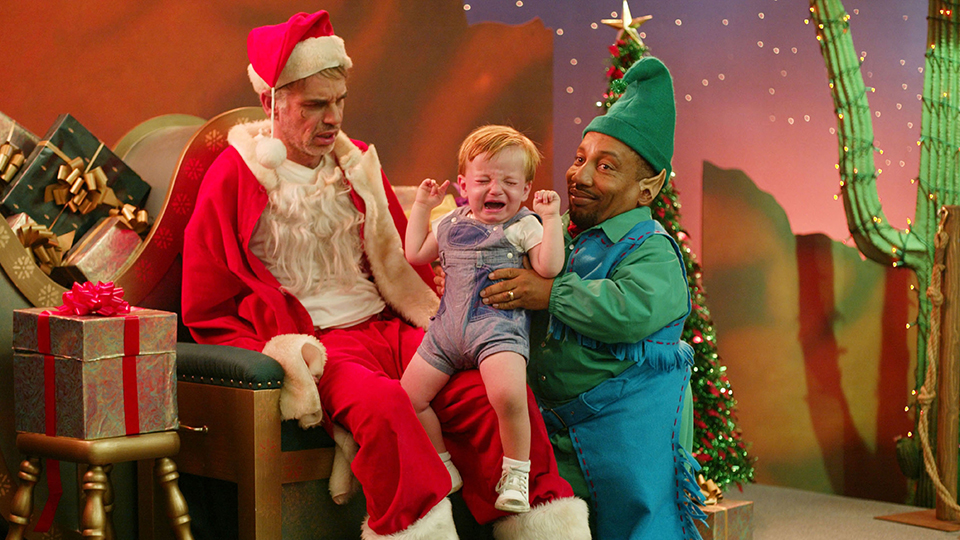 Today on our Christmas Movies A to Z we reach another letter that doesn’t have a film we can pick for it.

As with Q, we’ve decided to pick a word that is associated with a Christmas film and that word is ‘vindictive’. Not every Christmas film has to be full of joy and cheer so we’re going with Bad Santa.

The 2003 hilarious comedy stars Billy Bob Thornton as criminal Willie T. Soke who, along with his assistant Marcus Skidmore (Tony Cox), takes on jobs as mall Santas every year and robs the shops at night time. Willie befriends a young boy Thurman Merman (Brett Kelly) and moves in to his house and he starts a relationship with bar tender Sue (Lauren Graham).

Both of those people have a profound effect on Willie and his chance at redemption may not be as long a shot as he’d previously thought.

Bad Santa is rude, crude and very, very funny. It’s far superior to the awful 2016 sequel and Billy Bob Thornton is on fire in the role. The film also features the last appearance from the late John Ritter and the late comedian Bernie Mac makes a memorable performance too.

Advertisement. Scroll to continue reading.
In this article:Bad Santa, Christmas Movies A to Z