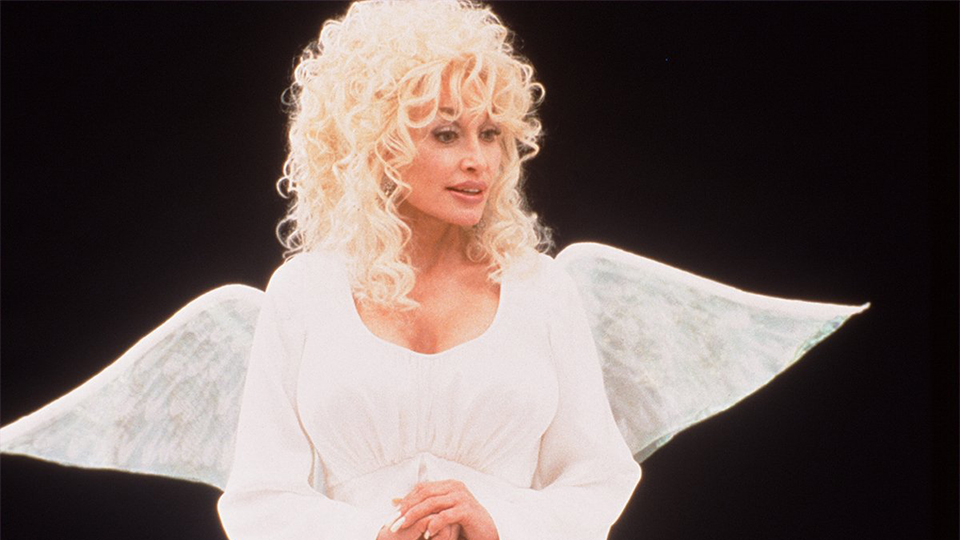 Today on our Christmas Movies A to Z we reach the letter U and our pick is the Dolly Parton made-for-TV movie Unlikely Angel.

In the film Dolly Parton portrays country music performer Ruby Diamond who meets an untimely demise. She cannot enter heaven until she performs a good deed back on Earth and is tasked with getting a workaholic widower and his children back together again for Christmas.

Directed by Michael Switzer, Unlikely Angel is on heavy rotation at this time of year on the Christmas channels in both the UK and the US. It’s a tad cheesy but who can’t fall for Dolly’s charm?

As always she’s likeable, funny and endlessly entertaining. Don’t let the fact that this was made-for-TV put you off. It’s much better than you’ll probably expect it to be.

Advertisement. Scroll to continue reading.
In this article:Christmas Movies A to Z, Dolly Parton, Unlikely Angel