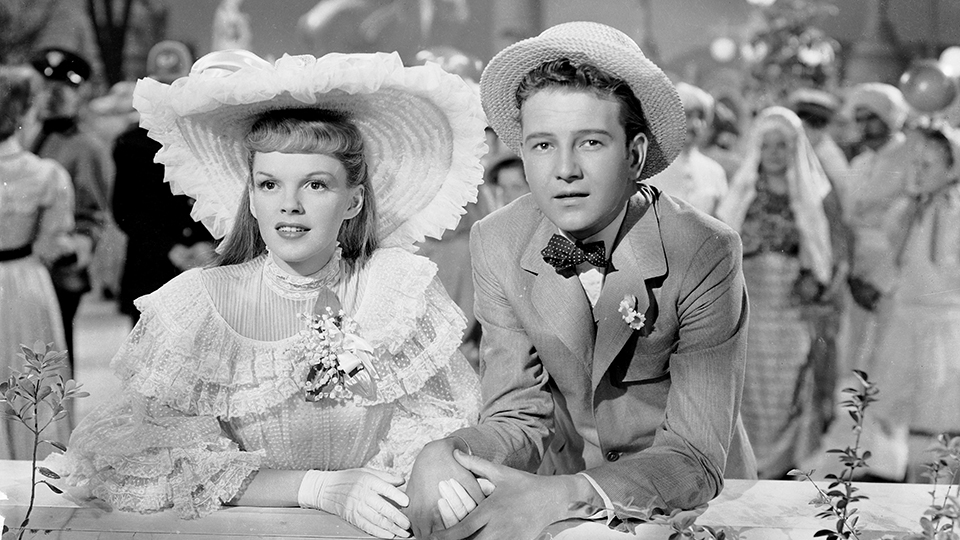 As we reach the letter Q on our Christmas Movies A to Z, we discovered there aren’t actually any Christmas movies starting with that letter.

After thinking long and hard we decided to pick the word ‘quaint’ for letter Q so we can hark back to the classic Christmas movie Meet Me in St Louis. Based on the 1932 novel by Sally Benson, Meet Me in St Louis stars screen icon Judy Garland alongside Margaret O’Brien, Mary Astor, Lucille Bremer, Tom Drake and Marjorie Main.

Set in 1903, Meet Me in St Louis focuses on the Smith family, which has four daughters. Esther (Garland) falls in love with the boy next door but he barely notices her. The family finds out that their father has been transferred to New York, meaning they all have to move too.

The film very famously features Garland singing Have Yourself a Merry Little Christmas. The song was written specifically for the film and it of course went on to become a Christmas standard that has been covered by a host of singers including Christina Aguilera and Frank Sinatra.

Meet Me in St Louis was nominated for four Academy Awards and in 1994 the film was deemed “culturally significant” by the Library of Congress and selected for preservation in the United States National Film Registry.

Buy Meet Me in St Louis on DVD and Blu-ray.

Advertisement. Scroll to continue reading.
In this article:Christmas Movies A to Z, Meet Me in St Louis