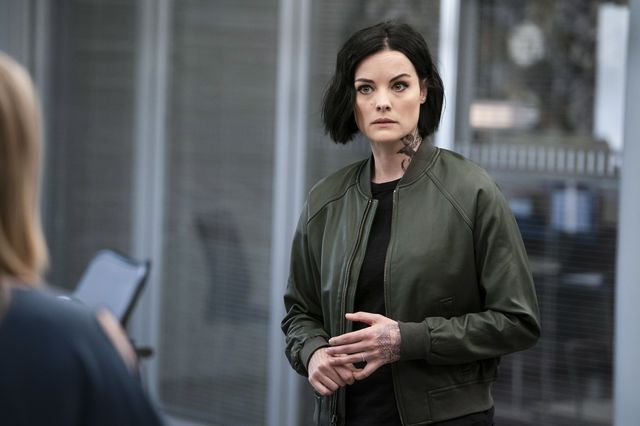 On the last episode of Blindspot, Rich’s (Ennis Esmer) past caused some troubles for the team.

Claudia (Britne Oldford) and Zapata (Audrey Esparza) interrogated Reade (Rob Brown). They wanted his FBI server access to get information for Madeline Burke (Mary Elizabeth Mastrantonio). Reade refused so Claudia planned to torture him but Zapata stepped in and knocked him out.

Zapata bought some time by emailing the FBI, pretending to be Reade, and saying he was off sick. Claudia threatened to kill Zapata and Reade gave up his access.

Rich and Weller (Sullivan Stapleton) went undercover to infiltrate an organisation called ELM. They were carrying out terrorist attacks and claimed they were trying to save the planet. The organisation was inspired by an old scam of Rich’s. The FBI team managed to prevent their latest planned attack on New York just in time.

Jane (Jaimie Alexander) tricked Keaton (Chad Donella) into giving up the location of Shepherd. He’d promised to take her to visit but he ended up in a coma after taking a bullet in the field. Violet began making plans to break Shepherd out.

At the end of the episode, Zapata executed Claudia in front of Burke. She claimed Claudia was a mole for MI6 but we think she was keeping her own cover intact.

The promo for the next episode reveals that Jane will make an attempt to break Shepherd out of the Black Site.

Watch the Blindspot 4×06 promo trailer below:

The team is drawn into dangerous political intrigue when a tattoo points to someone from Weitz’s past.