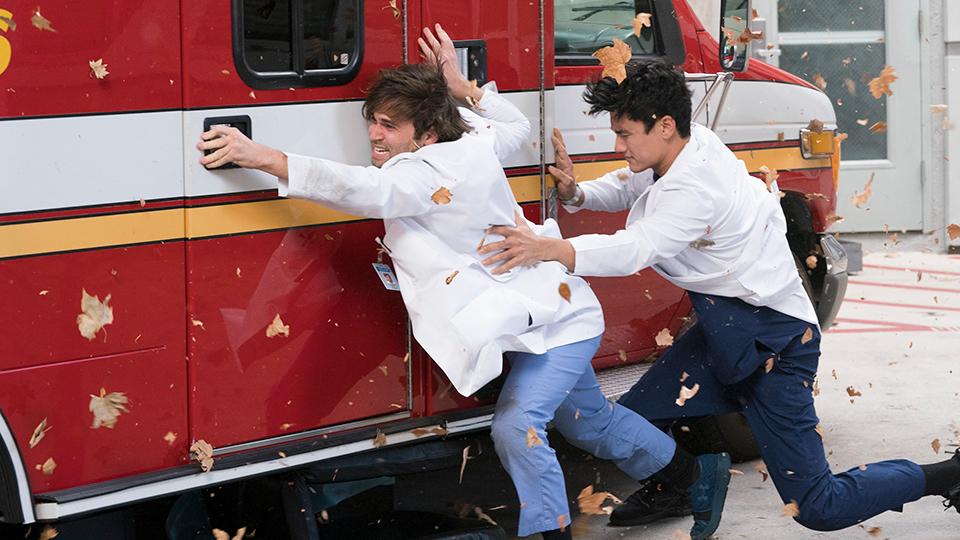 Meredith (Ellen Pompeo) and Koracick (Greg Germann) were called to Los Angeles to assist Catherine (Debbie Allen) with a VIP patient on the latest episode of Grey’s Anatomy.

When they arrived they discovered that the patient was Catherine herself. Following back pain, she discovered that she had a grade 3 chondrosarcoma in her spine. To make matters worse it was unresponsive to chemo and difficult to treat.

Catherine asked Meredith not to mention anything to Richard (James Pickens Jr) fearing it would push him over the edge. Meredith appealed to Catherine to be honest.

Meanwhile Richard tried to help a pregnant nurse who collapsed due to a wandering spleen. He managed to save her baby but she unfortunately died. Following the loss, Richard went to a bar where he discovered the bar man was offering recovering alcoholics free drinks. Picking up a baseball bat he demolished the bar and got arrested.

Elsewhere Maggie (Kelly McCreary) was furious when she found out that Jackson (Jesse Williams) had been speaking to other women and confiding in them, rather than her.

The mid-season finale is Blowin’ in the Wind. Seattle is hit by a huge windstorm, and Grey Sloan becomes inundated with patients. Alex and Jo are stuck at home and decide to make the best of it by having a second honeymoon. Plus, Meredith confronts Richard about getting his life back on track.

Tune in to Sky Witness HD at 9pm tonight. Preview the episode with our gallery below: