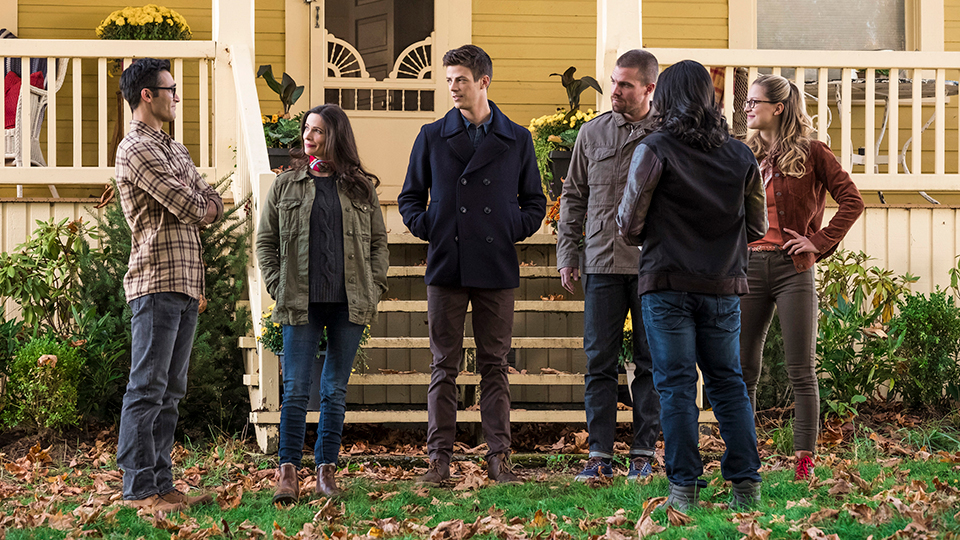 Barry (Grant Gustin) and Nora (Jessica Parker Kennedy) travelled back in time to collect and plant items they needed to stop Cicada (Chris Klein) on the latest episode of The Flash.

They needed to find a highly magnetic alloy from Savitar’s armour, Harry Wells’ (Tom Cavanagh) Speed Force transmitter and dark matter. Being careful not to alter the time line by being seen by themselves, the duo picked up all the items they needed and planted them in a pillar at the hospital.

Back in the present, Team Flash confronted Cicada and managed to separate him from his dagger using the transmitter. It was only temporary and Cicada escaped with his dagger.

Meanwhile Barry revealed to Nora that Eobard Thawne killed his mother. That led Nora to travel to 2049 to confront Thawne at Iron Heights.

The next episode is Elseworlds, Part 1 which kicks off this year’s crossover event with Arrow and Supergirl. When Barry and Oliver Queen wake up one morning and realise they swapped bodies, the two set off to find out what disturbed the timeline to cause such a shift.

Tune in to Sky One HD at 8pm on Thursday to see the episode. Preview it with our gallery below: