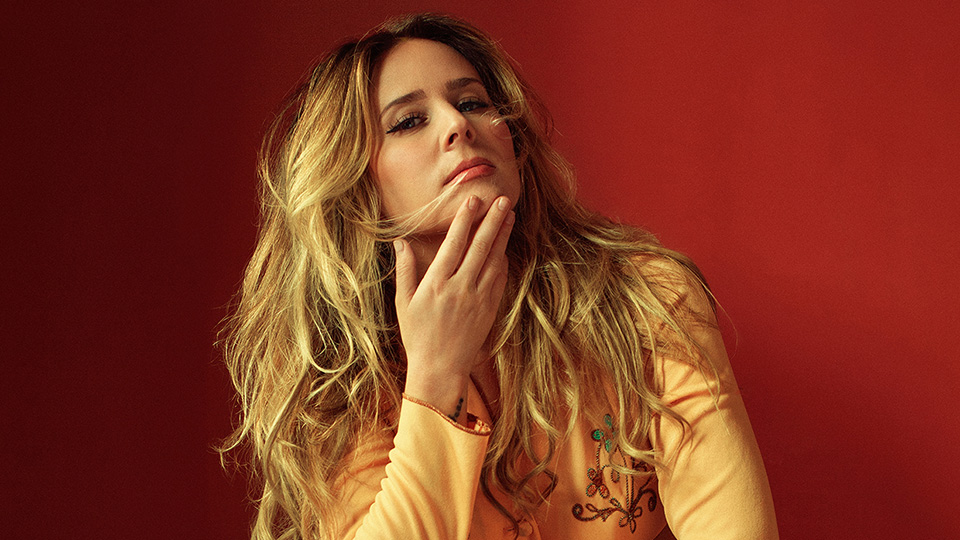 It’s safe to say Lucie Silvas has had a varied career path. She first found success in the UK with her 2004 debut album Breathe In, a pop-influenced record which produced two top 10 singles. After moving to the US, Silvas returned in 2016 with Letters To Ghosts, which drew on the sound of the Nashville country scene. She released her latest album, the critically acclaimed E.G.O., earlier this year, and this week has been performing songs from the album as she opened for Brothers Osborne on their latest UK tour.

Accompanied by her four-piece band, Silvas kicked off her set with Kite, the lead single from E.G.O.. It’s a heavy, rock-influenced number which balances out her sweet, rich vocal tones. She hit some huge notes towards the end of the song too, showing off the incredible power she has. She followed that with the driving First Rate Heartache, swaggering around the stage and jamming with her bandmates.

Throughout her 45-minute performance Silvas mostly stuck to songs from E.G.O., such as Smoking Your Weed – which matched a funky bassline with tongue-in-cheek lyrics that told it like it is – the atmospheric, sultry Black Jeans. She also kept the energy up throughout, particularly on the twangy, stomping Letters To Ghosts from her previous record, where she encouraged the crowd to join in.

However, for me Silvas particularly shone in the slower numbers, when she could often be seen behind her keyboard. She showed off her piano-playing skills on the sparse, yearning I Want You All To Myself, whilst Everything Looks Beautiful had a dramatic, retro feel and was full of warmth and affection. Meanwhile, the stripped-back Change My Mind had a nostalgic feel, and its a capella structure put Silvas’ vocal to the fore as she sang the vulnerable, moving lyrics.

One of the standout moments for me was Silvas’ cover of the Jackson 5 classic Who’s Loving You. It’s become something of a staple in her live sets and she started it off with a big opening note that drew huge cheers from the audience. You could feel the anguish and emotion in every word as she sang and it was the perfect fit for her soulful vocals.

After thanking the crowd, Silvas closed her set with the title track from her current album, E.G.O. (which stands for Everybody Gets Off). The funky groove married perfectly with her bluesy vocals, and she fully rocked out, at one point gripping her microphone stand whilst she belted out the song. It ended the set on a high and left me (and the rest of the audience) wanting more.

Lucie Silvas is someone I always love seeing perform live and this show was no exception. She’s absolutely mesmerising to watch, and her stunning vocals and clever lyrics have a gorgeous, timeless feel to them. Her set showed off the diverse range of influences on her sound, as well as her expressive performance style, and she definitely got the crowd fired up ahead of Brothers Osborne’s set. My only complaint is I wished it could have been longer – here’s hoping she comes back to the UK for her own headline tour soon!