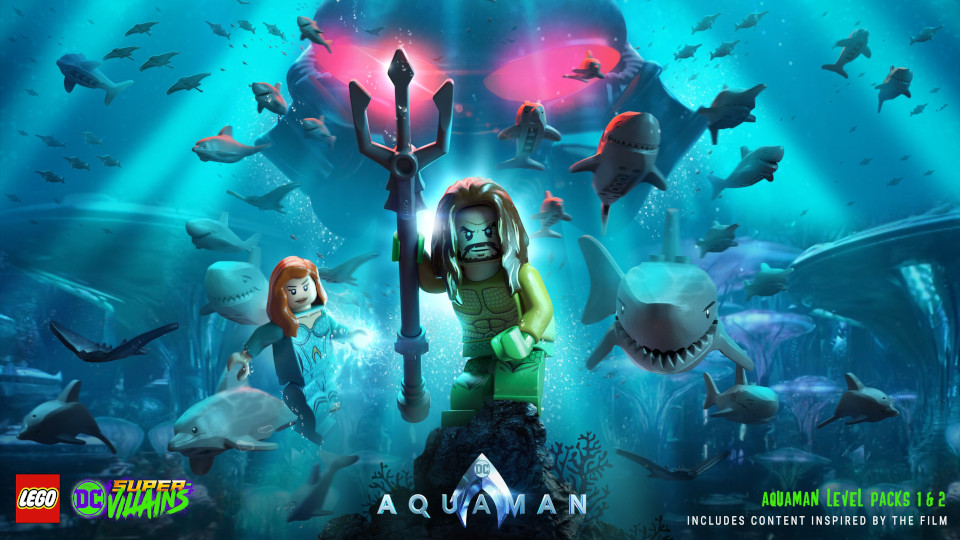 Warner Bros have released the details of two new Aquaman movie expansion packs for LEGO DC Super-Villains. The packs will add characters and playable areas inspired by the upcoming Aquaman movie which will hit screens on 21st December. The Aquaman movie packs will come in two. Pack one will be available on 4th December with pack two coming out on 8th January.

In pack one players will be able to take control of Aquaman, Mera, Orm, King Nereus and Queen as they team up to fight against Orm, Aquaman’s brother. Orm is attempting to unite the Seven Kingdoms in a war against the surface world.

If you already own the deluxe edition of LEGO DC Super-Villains then you already own the season pass and will get the content automatically. If you don’t then you can buy the pass for £11.99 which will bag you 6 level packs and 4 character packs. If you simply want to pick up the Aquaman DLC you will be able to get both packs in a bundle for £4.99 on Jan 8th.