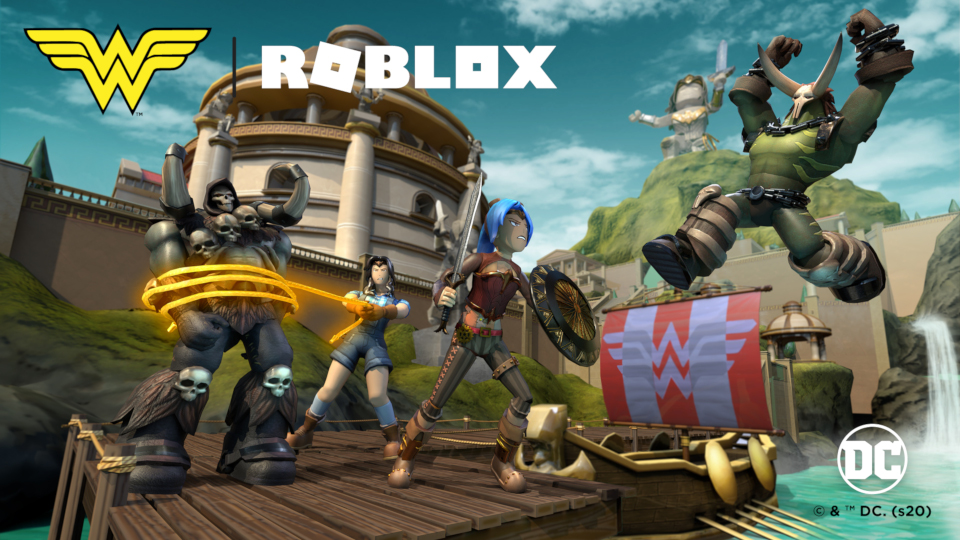 The guys at Roblox love a good collaboration and their next one is in conjunction with Warner Bros and DC. Their combined forces have brought forth Wonder Woman: The Themyscira Experience to the Roblox platform.

It’s time to grab a friend and explore Diana Prince’s Amazonian homeland of Themyscira within a virtual platform, enjoying the unique benefits of embodiment and co-presence that Roblox avatars provide. Roblox users will be able to enter into quests to explore the paradise island of Themyscira, equip their avatars with gear inspired by the comic books and movie, collect treasures worthy of a champion, play all-new mini-games, and browse a series of featured virtual items from the Wonder Woman comic books and movies in multiple virtual stores throughout the experience.

Watch the Wonder Woman: The Themyscira Experience Roblox trailer below:

“Today more than ever, people are looking for ways to connect with one another and their communities through authentic and immersive experiences that can be used and shared across the Roblox universe,” said Craig Donato, Chief Business Officer at Roblox. “We’re excited to work with DC and Warner Bros. on a first-of-its-kind experience that we think both Wonder Woman fans and Roblox users will love.”

For more information head over to the official web site.