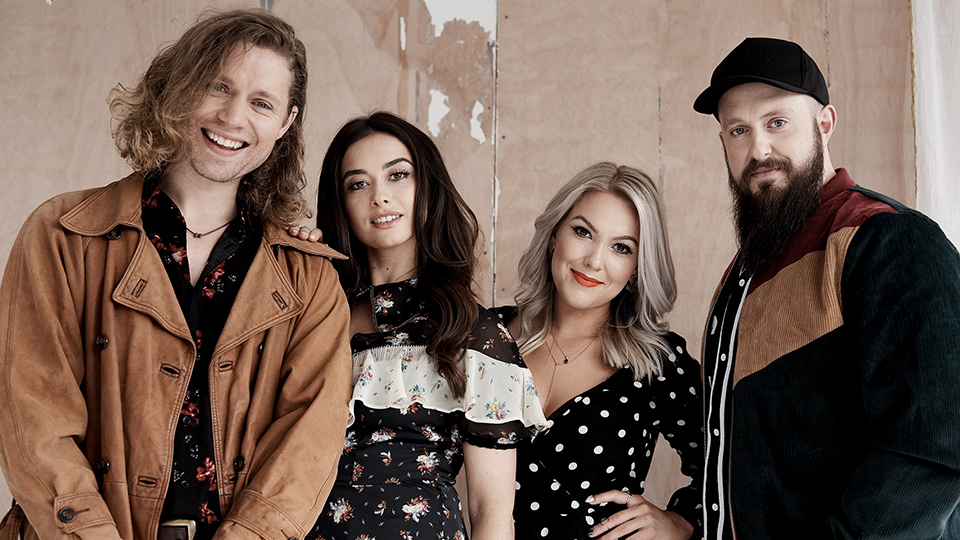 2018 has been somewhat of a landmark year for homegrown Americana band The Wandering Hearts. After working their socks off in 2017, the foursome released their debut album Wild Silence back in February and they flew to Nashville to make their Grand Ole Opry debut. They’ve toured pretty relentlessly, making appearances at festivals such as Black Deer and Buckle and Boots, and they picked up the Bob Harris Emerging Artist prize at the UK Americana Awards. Now the band is in the midst of a UK and Ireland tour and I went along to see them at Islington Assembly Hall in London last night.

It’s taken me a little while to come around to The Wandering Hearts. I saw them at Borderline in London in October 2017 and I felt there was something missing with the group’s live performance. Just over a year on, and with plenty of touring experience under their belts, I was keen to revisit the band to see if I felt differently. The minute The Wandering Hearts arrived on stage and opened with the punchy Biting Through the Wires, I could tell this was a band that has grown in confidence and ability. The harmonies were tight and their sound was better served with a fuller band arrangement.

Over the course of the set, fans were treated to all 12 tracks from Wild Silence as well as two tracks – Run and ‘Til the Day I Die – taken from the upcoming Deluxe Edition of the album. During the encore they even fit in a cover of The Wonder of You, which was famously covered by Elvis Presley in 1970. Wish I Could, one of the evening’s gentler songs, was an early highlight in the set as was the roaring Nobody’s Fool. For Burning Bridges, the band stripped things back as a chandelier was lowered from the ceiling and they crowded around a microphone. You could hear just how well their harmonies work with Tara Wilcox and Chess Whiffin really shining when they sing together.

The tempo picked up on the fantastic Fire and Water, which got the crowd stomping their feet and dancing. A.J. Dean sounded incredible (all night really) but especially on this song. His gritty voice has a soulful edge and I continue to be impressed with his range and stage presence. Band-mate Tim Prottey-Jones provided perfect harmonies and showcased his guitar skills throughout the set. Current single, and new track, ‘Til the Day I Die is one of the best songs the band has recorded and it shows how far they’ve come in a short space of time.

The Wandering Hearts brought their set to a close with the rousing Devil. It’s probably their signature tune so it’s not surprise they saved it until last. It ended things on a high note and the audience could have easily continued partying all night.

Where I think The Wandering Hearts have found their niche, is by mixing folk, Americana and Country to create a distinctly UK take on the genres. Unlike the other leading UK Country acts, The Wandering Hearts haven’t polished their music with pop production. Instead they’ve opted to take a much more organic approach to their music drawing inspiration from the likes of Fleetwood Mac. All four are gifted vocalists that bring a different element to the band. It was nice to hear Chess taking lead on Wild Silence and Tara’s powerful voice always stands out.

For me, The Wandering Hearts really upped their game last night. The performance was a million miles away from the Borderline one I saw and they seemed a lot more comfortable and at ease. The band is doing something different to the rest of the UK Country scene and if there’s one UK act that stands a chance of finding success in the US, it could well be The Wandering Hearts. I’m glad I gave them a second chance and I’m looking forward to see where they go from here.