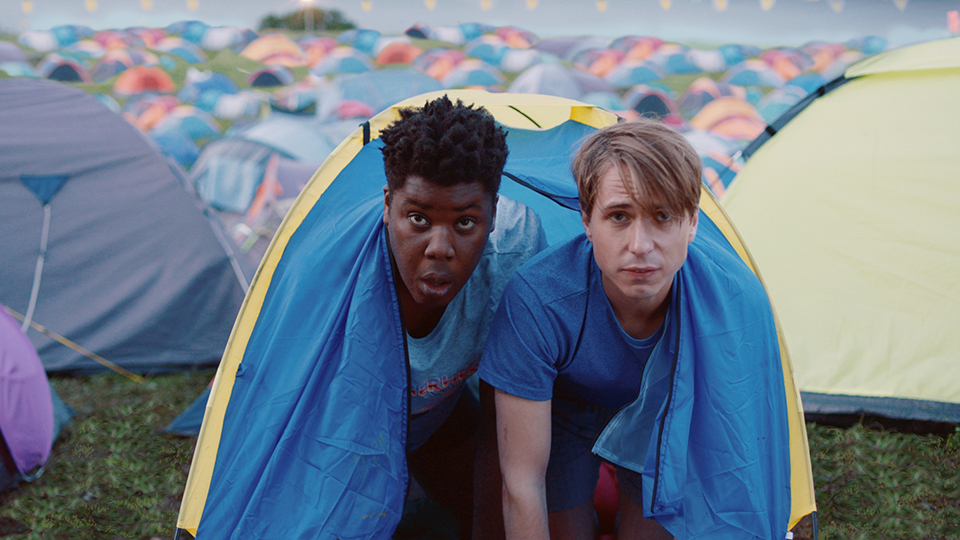 British comedy The Festival, starring Joe Thomas (The Inbetweeners), will arrive on DVD, Blu-ray and Digital Download on 10th December 2018 via Entertainment Film.

The laugh-out-loud box office hit comes from the creators of The Inbetweeners and it also stars Hammed Animashaun, Claudia O’Doherty, Emma Rigby, Jemaine Clement and Hugh Coles (whom we chatted to ahead of the cinema release).

When Nick’s (Joe Thomas) girlfriend dumps him at graduation, he has a colossal meltdown in front of the entire university. He’s convinced his life is over, but his best mate Shane (Hammed Animashaun) has the perfect solution: three days at an epic music festival. With the help of “festival aficionado” and certified oddball Amy (Emmy Award nominee Claudia O’Doherty), Shane tries to get Nick to embrace the music, the mayhem and the mud.

The Festival is a comedy about friendship, growing up, and going mad in a field. It’s the first comedy feature film release from production company Fudge Park, formed by The Inbetweeners writers and executive producers Iain Morris and Damon Beesley.

The film is directed by Iain Morris and written by Keith Akushie and Joe Parham (BBC Three’s Siblings).

All formats will include the bonus feature The Festival – VFX Breakdown.

Advertisement. Scroll to continue reading.
In this article:Joe Thomas, The Festival