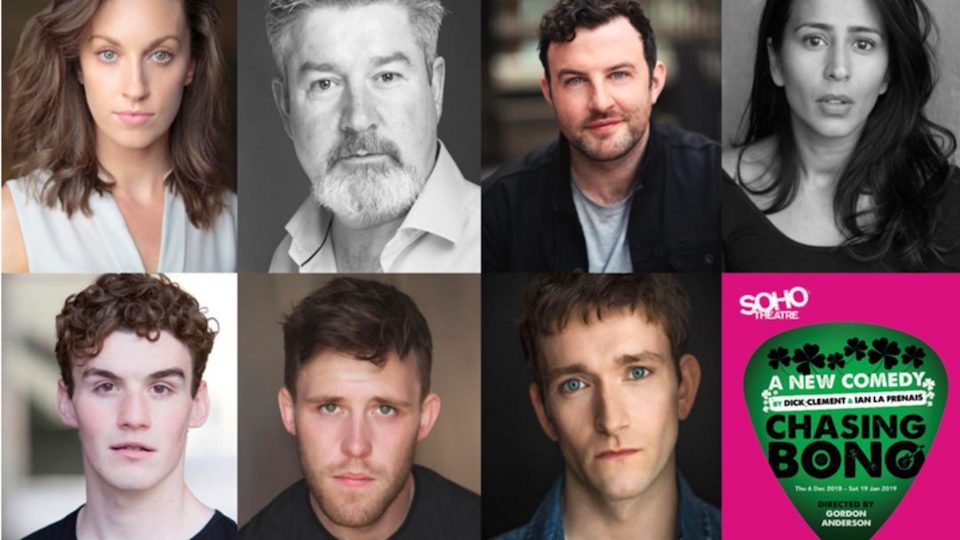 Final casting has been announced for the world premiere of Chasing Bono, a new play by Ian La Frenais and Dick Clement. The talented pair have enjoyed a unique creative partnership in television, movies and theatre. Their career began in British television where they created several iconic comedy series including The Likely Lads, Porridge, Whatever Happened to the Likely Lads, Auf Wiedersehen, Pet and Lovejoy.

Chasing Bono is based on I Was Bono’s Doppelganger by Neil McCormick, a wise and witty memoir which recounted his friendship and rivalry with his school friend and Superstar Bono.

1970s Dublin. Friends Neil McCormick and Paul Hewson share the same ambition: to form bands and become global superstars. Paul changed his name to ‘Bono’ and his band became U2. Neil’s band never got off the ground.

1987. Dublin gangster Danny Machin wants a fair and balanced account written of his life whilst now-writer Neil is wondering where his went so wrong. Danny sees an opportunity and kidnaps him. Neil becomes Danny’s biographer. Danny becomes Neil’s shrink, probing the reasons for his succession of disastrous decisions.