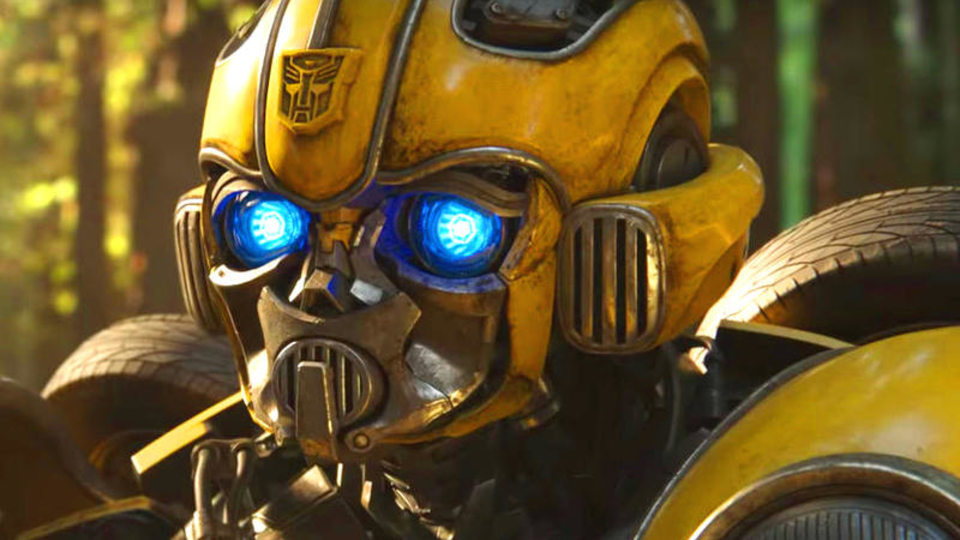 The great new poster is done in a similar style to the classic montage posters of the 80s, with Bumblebee, Hailee Steinfeld and John Cena front and centre of the action.

This prequel looks at what happened to Bumblebee in the early years. On the run in the year 1987, Bumblebee finds refuge in a junkyard in a small Californian beach town.

Charlie (Hailee Steinfeld) is a teenager on the cusp of turning 18, and who is trying to find her place in the world. She discovers Bumblebee, battle-scarred and broken. When Charlie revives him, she quickly learns that this is no ordinary, yellow VW bug.

Travis Knight steps into the director’s chair for this one, having previously worked on the critically-acclaimed Kubo and the Two Strings.

Knight has also been the lead-animator on a lot of high profile movies including Coraline, The Boxtrolls, ParaNorman and Kubo and the Two Strings. This should mean Knight brings a very different aesthetic to the Transformers universe.

Bumblebee is written by Christina Hodson and Kelly Fremon Craig.

The early footage revealed in trailers so far suggests a long-awaited debut for the classic G1 (Generation 1) style transformers that originally came out as toys in the 80s. The look of Soundwave in particular is stunning and really evokes those classic memories of the beloved TV cartoon series.

Bumblebee is set to hit UK cinemas on Boxing Day (December 26th 2018), and might prove to be the perfect movie to venture out for after your Christmas festivities are over!

Check out the brand new Bumblebee poster below;