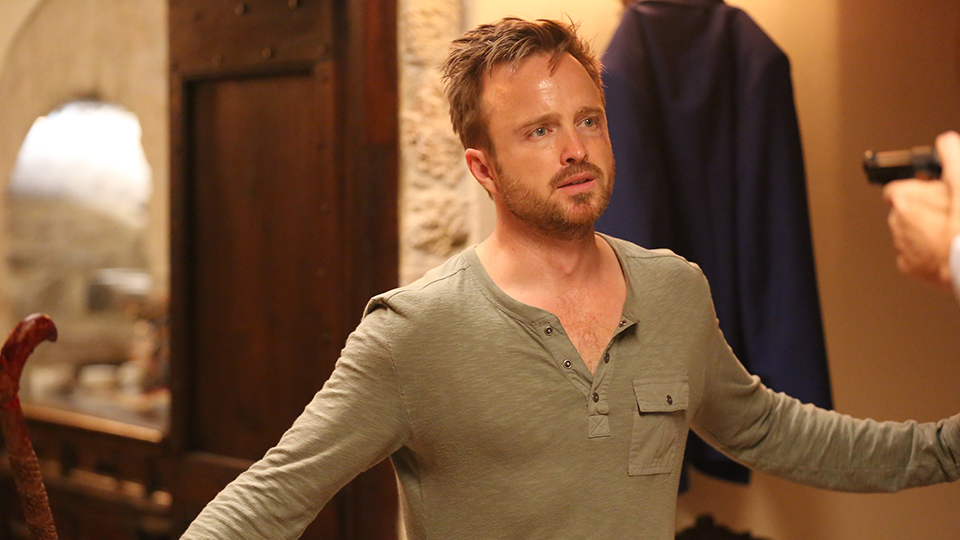 Bryan (Aaron Paul) and Cassie (Emily Ratajkowski) take a break at a rental home in the Italian countryside to work on their relationship. With trust issues rife thanks to Cassie cheating on Bryan, the couple hope that time away together will help them work through their problems. Things get off to a rocky start, made even worse when Cassie meets local Federico (Riccardo Scamarcio) while out running. He quickly ingratiates himself with the couple and it soon becomes clear that he’s not as friendly as he seems.

If the plot of Welcome Home sounds familiar, it’s because it’s been the storyline of plenty of films over the years. Taking the kind stranger turns bad trope and offering nothing new, Welcome Home is a very pedestrian, run-of-the-mill thriller. The film isn’t particularly bad but from the outset you can predict every twist and turn so it lacks the element of surprise. I was hoping it may take a random turn and surprise me, but sadly that never happened.

With only three main characters, Welcome Home doesn’t even bother to throw you any red herrings because… well it can’t. It’s obvious from the outset that Federico is no good and it doesn’t take a genius to link him to the person observing Bryan and Cassie in the house. Not even the cheating angle can liven the film up. Bryan is plagued by thoughts of Cassie sleeping with her co-worker yet doesn’t seem to flinch when Federico is clearly chatting her up right in front of him over dinner.

It’s a bit of a mystery as to why Aaron Paul decided to do this b-movie thriller. Coming off the back of Breaking Bad and the more recent The Path, he’s proven himself to be a very capable actor. This film doesn’t allow him to showcase his abilities at all and his character is so thin you can practically see through him. Emily Ratajkowski doesn’t fare too much better as she battles with her very under-written character. Cassie is defined by her cheating and there’s nothing else to her at all.

Perhaps the most badly served is Riccardo Scamarcio. He struggles to get to grips with his character because there’s not a lot of material to hold on to. As Federico he’s basically got two modes – charming and smooth, and creepy and sinister. His actions pack no punch because it’s blatantly obvious how the film is going to play out.

Welcome Home isn’t the worst film I’ve ever seen but it is one of the laziest. It attempts to do absolutely nothing new with its premise and chugs along ticking off every trope as it goes. The cast is better than this movie but if you’re really stuck for something to watch on a cold winter’s night, it could just about entertain you. If you go in with low, low expectations you might be pleasantly surprised but if you expect anything more, you’ll be sorely disappointed.