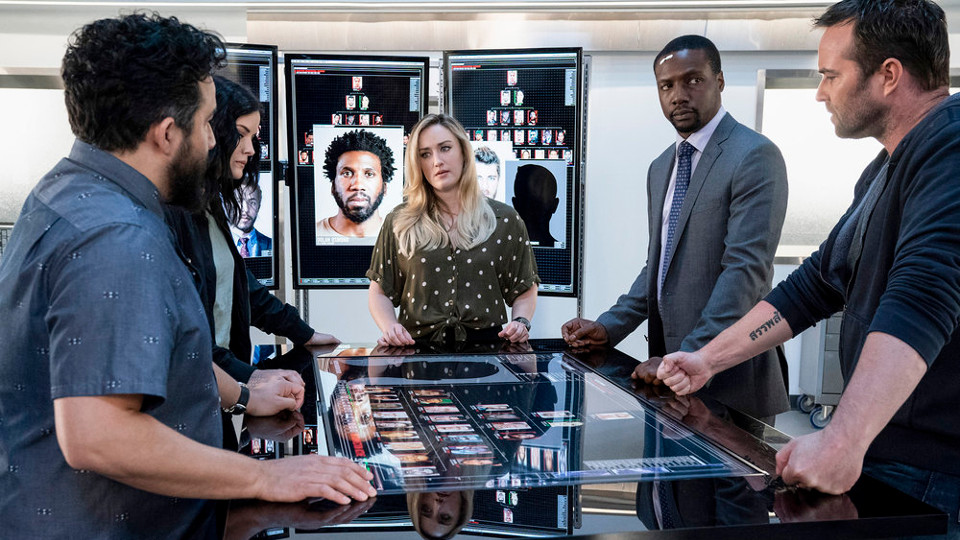 Blindspot returns to UK screens next Monday (November 12th) as the forth season kicks off on Sky Witness. We’re getting the season a whole month behind the US so be careful of spoilers online and on social media.

The Blindspot season 3 finale saw Roman (Luke Mitchell) lead the FBI team to Cape Town, where things began for himself and his sister Jane (Jaimie Alexander). Roman also managed to get Hank Crawford (David Morse) to follow him too and confronted him for his past actions.

The team arrived on the scene and it was Jane who took Crawford’s life. Roman escaped to be with Blake (Tori Anderson) but she was aware of his lies and fired the bullet that killed him.

Jane raced to Roman’s side and managed to say goodbye to him before he died. Jane also found herself suffering from ZIP poisoning which wiped her memory again, resetting her back to Remi. It left her thinking she was undercover and trying to destroy the FBI team.

Weller (Sullivan Stapleton) ended up hospitalised from his gunshot wound. While Zapata (Audrey Esparza) resigned and joined forces with Blake. Reade (Rob Brown) was left confused as to why Zapata hadn’t contacted him.

Joining the cast in season 4 is Mary Elizabeth Mastrantonio who will be playing Madeline Burke. Right now details on her character seem to be top secret.

You can read about the Blindspot season 4: 10 things we want to see to find out our predictions for the new series.