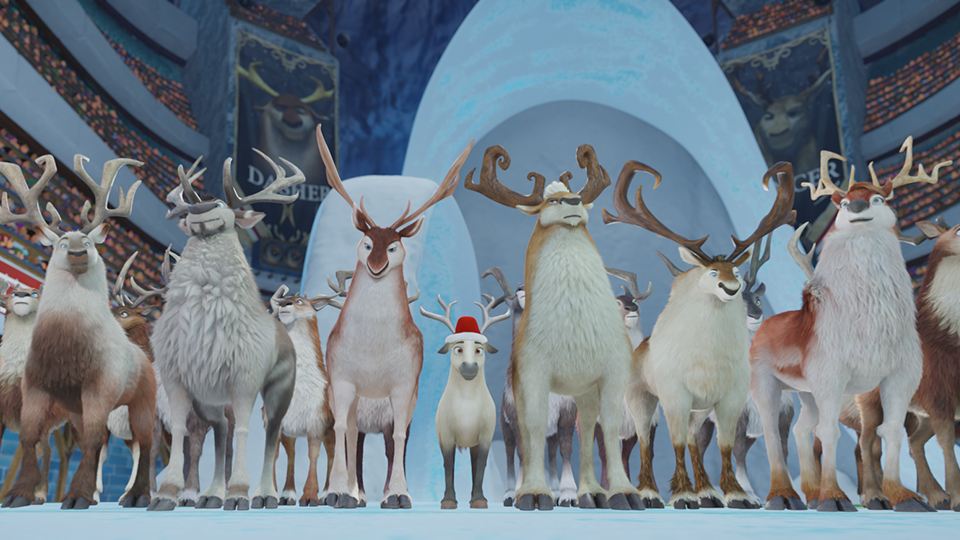 With Christmas drawing nearer, Santa (George Buza) finds himself in a tough spot when Blitzen unexpectedly retires. Leaving his reindeer team one reindeer short, Santa has to hold try-outs in the North Pole to find a replacement. Little horse Elliot (Josh Hutcherson) believes that he is the right choice for the job and with the help of his friend Hazel (Samantha Bee), a perky goat, he sets about to prove his worth unaware that something sinister is going on back at his ranch.

The Littlest Reindeer isn’t likely to give the likes of Disney Pixar or Dreamworks a run for their money but it’s a sweet enough family film that will resonate with the young audience it’s aimed at. What it lacks in sophistication, it more than makes up for in the cuteness stakes and while the story is hardly original, it’ll be engaging enough to keep the little ones quite over the festive period. Essentially The Littlest Reindeer is a film about overcoming the odds, which is a lesson that feels as important today as it ever has.

Josh Hutcherson is endearing as Elliot but it’s Samantha Bee who steals the show as his friend Hazel. She gets the best lines, injects the film with some much-needed energy and will make you laugh frequently. The friendship between Elliot and Hazel really is what the film hangs on, and thankfully the two characters work well together. Kids will love watching them working through the North Pole try-outs and winging it as best as they can.

Running aside the main storyline, there’s an oddly sinister plot involving a shady woman who wants to use the animals at Elliot’s ranch as the source of her meat business. It’s surprisingly dark for an otherwise light and fluffy film. Honestly, I’m not really sure what that plot line adds to the movie and it may have actually been a little stronger without it. Had I seen that as a child, I’d probably have been traumatised.

The only extra on the release is a short making of featuring snippets of conversation with the film’s stars.

The Littlest Reindeer for the most part is a fun and enjoyable family film. It doesn’t break new ground or offer anything particularly new, but the loveable central characters should be plenty to hold the attention of the kids likely to watch it. There’s not a whole lot in there for adults in terms of double-entendre or clever jokes, but the film will be enjoyable nonetheless. The Littlest Reindeer isn’t going to be a classic but it’ll provide a nice alternative to the over-played Christmas films that dominate the TV throughout December.