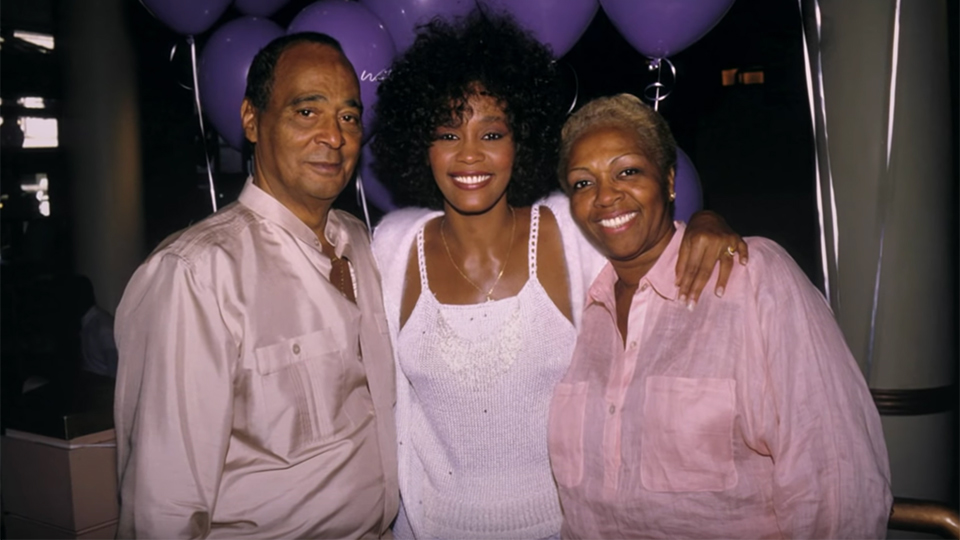 The late, great Whitney Houston has already been the focus of a documentary by Nick Broomfield titled Whitney: Can I Be Me, which was released in 2017. That film was received well but it focused mostly on a specific time in the singer’s life. Film-maker Kevin Macdonald aimed to look deeper into the life and career of his film, titled Whitney. The documentary toured the festival circuit before getting a theatrical release. It is now being released on DVD, Blu-ray and Digital Download.

The biggest difference between Whitney and Broomfield’s film is that more of the people around Houston, including her family, have contributed. Where the two films are similar is that they both paint a crystal-clear picture of a superstar who was enabled by those around her with no one willing to step in and offer her the help she so desperately needed. Macdonald opens his film with Houston recalling a dream where she’s being chased by the devil but she confidently concludes that he’ll never catch her. That statement feels very eerie given the tragic circumstances that led to her death in 2012.

Whitney features a variety of talking heads sharing their experiences with the late star alongside archive footage and of course Houston’s unforgettable music. Throughout the film, Macdonald mixes footage from the world at the time with clips of Houston to help the audience understand the social context of the events that took place. It’s a buzzy way to present the information and certainly ensures that the film’s pace never lets up. It’s the talking heads that are the real draw here, especially the contributions of Houston’s family members.

For the most part it seems that they continue to live in denial. Her brothers Gary and Michael talk openly about the star’s drug habits, and even how they enabled her, but there’s a complete lack of responsibility for what eventually happened to Houston. Interestingly Houston’s mother Cissy only appears briefly and she doesn’t add a whole lot to the conversation. The film paints her as a pushy mother who created her daughter in her own image to fulfil a life-long dream she herself had never managed to achieve.

Bobby Brown’s contribution is also minimal and he flat out refuses to talk about Houston’s drug problems. All he’ll say on the matter is that he believes drugs played no part, even though the autopsy report confirmed they very much did. Throughout the film, he’s painted a jealous, controlling and a bad influence. He had a well-known difficult relationship with Houston’s close friend Robyn Crawford, who was rumoured to be romantically involved with her.

Mary Jones, the person who found Houston dead in the bath after leaving her for 30 minutes, gives the most heartfelt insight into the star’s life. She frequently fights back tears as she recalls stories of her time with Houston and it’s painful to watch her break down as she remembers those final moments. It’s gut-punching and difficult to sit through.

Extras on the Blu-ray include a conversation between Macdonald and Edith Bowman about the film and an audio commentary.

Macdonald’s aim with Whitney seems to be to give a real glimpse at what the troubled star’s life was like. It’s pretty extensive at 2 hours long although disappointing skips through her later years and the release of what became her final album. The film also doesn’t dwell too much on the star’s erratic behaviour, which was the focal point of Broomfield’s film. There’s some new information to be found among the many contributors and ultimately he reaches a similar conclusion to Broomfield, and that’s that Houston was surrounded by leeches and sycophants who were more interested in making money from her, than looking after her.

In this article:Whitney, Whitney Houston